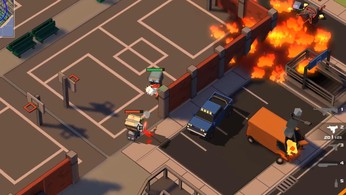 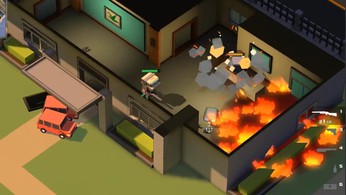 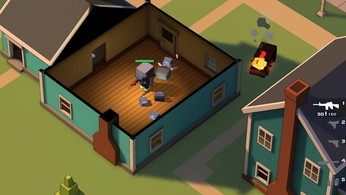 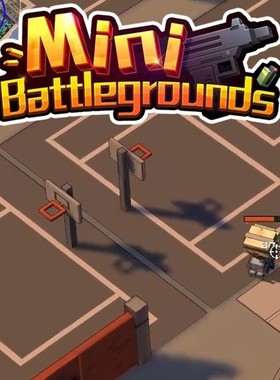 Mini Battlegrounds is a multiplayer last-man-standing battle royale full of adrenaline-packed combat! With simple controls, this game is easy to pick up for new players, while maintaining a high skill cap to entertain the seasoned veterans of the genre. Using an isometric view rather than the traditional first-person view that is so common to the genre adds a unique feel to the game that separates it from its competitors, and adds a new layer of strategy and skill.

Join up to 50 other players in an abandoned town with one goal: survive. Gather armor, a plethora of weapons and other unique boosts, and use them to slay your enemies. It's kill or be killed, and only one person will be left alive; you. Mini Battlegrounds shakes the dynamic of the genre, being heavily optimized to combat cheating, where similar titles fail. Whether you choose to be a casual player and focus on collecting rare skins and beautiful cosmetics, or a God on the battlegrounds, skill reigns supreme, and you must forge your own destiny.

Where can I buy a Mini Battlegrounds Key?

With GameGator, you are able to compare deals across verified and trusted stores to find the cheapest Mini Battlegrounds Key for a fair price. All stores currently listed have to undergo very specific testing to ensure that customer support, game deliveries, and the game keys themselves are of the highest quality. To sweeten the deal, we offer you specific discount codes, which you will not be able to find anywhere else. This allows us to beat all competitor prices and provide you with the cheapest, most trustworthy deals. If the current cheapest price of $72.23 for Mini Battlegrounds is too high, create a price alert and we will alert you through email, SMS, or discord the moment the Mini Battlegrounds price matches your budget.

Can I play Mini Battlegrounds immediately after the purchase?

What store should I choose for the best Mini Battlegrounds Deal?