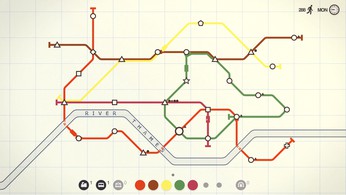 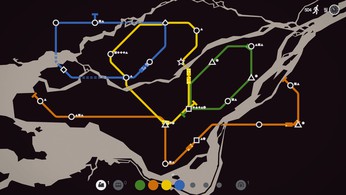 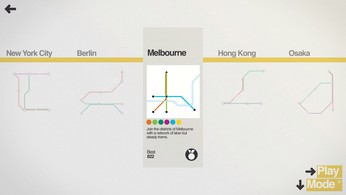 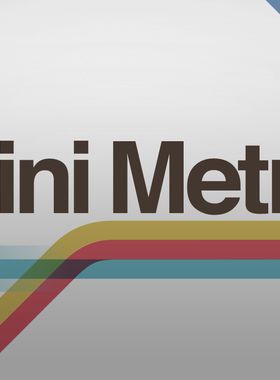 In Mini Metro, you take on the task of designing the subway layout for a rapidly expanding city. Your city starts with three stations. Draw routes between these stations to connect them with subway lines. Commuters travel along your lines to get around the city as fast as they can. Each station can only hold a handful of waiting commuters so your subway network will need to be well-designed to avoid delays.

The city is growing. More stations are opening, and commuters are appearing faster. The demands on your network are ever-increasing. Youll be constantly redesigning your lines to maximise efficiency. The new assets you earn every week will help immensely — as long as theyre used wisely.

Eventually your network will fail. Stations will open too quickly. Commuters will crowd the platforms. How long the city keeps moving is up to you.

Where can I buy a Mini Metro Key?

With GameGator, you are able to compare 14 deals across verified and trusted stores to find the cheapest Mini Metro Key for a fair price. All stores currently listed have to undergo very specific testing to ensure that customer support, game deliveries, and the game keys themselves are of the highest quality. To sweeten the deal, we offer you specific discount codes, which you will not be able to find anywhere else. This allows us to beat all competitor prices and provide you with the cheapest, most trustworthy deals. If the current cheapest price of $6.98 for Mini Metro is too high, create a price alert and we will alert you through email, SMS, or discord the moment the Mini Metro price matches your budget.

Can I play Mini Metro immediately after the purchase?

What store should I choose for the best Mini Metro Deal?