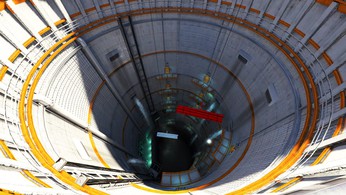 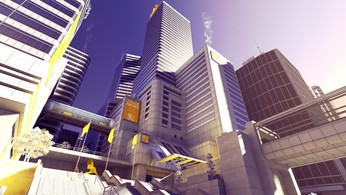 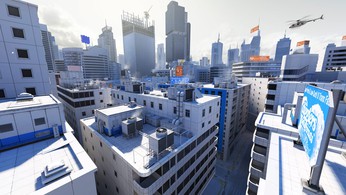 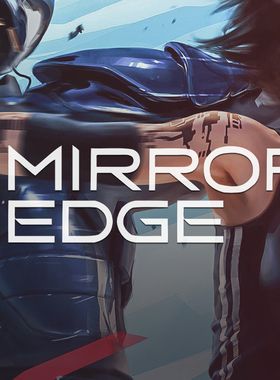 The game takes place in a city within a totalitarian surveillance state, which describes George Orwell's visions from the novel "1984". All information flow is controlled; the freedom of the individual is severely restricted. The "Runners" have made it their task to transport sensitive data, which is uncomfortable for the state, from one place to another without being discovered. However, this network of couriers does not operate on the open street, where totalitarian state power is omnipresent. They secretly run errands on the rooftops of the big city, jumping spectacularly from skyscraper to skyscraper - at a breakneck speed so as not to be discovered by helicopters. One of these couriers is Faith, the main protagonist of the game. Her parents were already part of a protest movement that demonstrated against the totalitarian regime. But during bloody riots, they died. Faith never had severe problems with the security forces during her courier runs, but one day she comes across a conspiracy during an assignment: A candidate for mayor is found murdered, and her sister is considered the main suspect. The player's task is to steer the character through the adventure from a first-person perspective to clear up the conspiracy and to protect Faith from numerous dangers because she too is suddenly in the sights of the state power.

Where can I buy a Mirror's Edge Key?

With GameGator, you are able to compare 23 deals across verified and trusted stores to find the cheapest Mirror's Edge Key for a fair price. All stores currently listed have to undergo very specific testing to ensure that customer support, game deliveries, and the game keys themselves are of the highest quality. To sweeten the deal, we offer you specific discount codes, which you will not be able to find anywhere else. This allows us to beat all competitor prices and provide you with the cheapest, most trustworthy deals. If the current cheapest price of $5.09 for Mirror's Edge is too high, create a price alert and we will alert you through email, SMS, or discord the moment the Mirror's Edge price matches your budget.

Can I play Mirror's Edge immediately after the purchase?

What store should I choose for the best Mirror's Edge Deal?