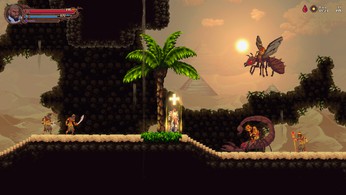 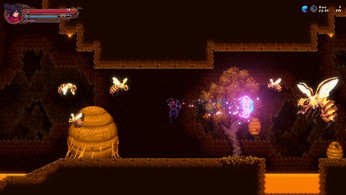 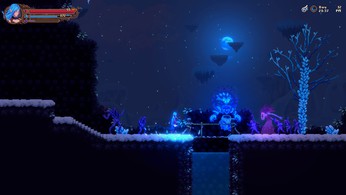 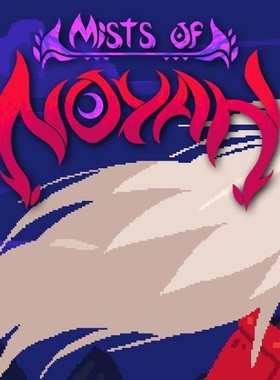 In Mists of Noyah, you start in an abandoned fort that has been attacked and destroyed by corruption, and you'll have to explore the world to find the inhabitants who have managed to escape the attack, to rebuild the fort and return to war! During the day, you'll have to collect resources such as wood, iron, gold, special ores, plants, food, and search for lost inhabitants of the ancient fort!

During the night, you'll have to build defensive gates, regroup with the found inhabitants and protect yourself. Every full moon, the demons lash out at your fort and get stronger with each attack. If you lose the fort and can't get it back in time, you LOSE THE GAME! Forge and enchant your equipment and accessories, create potions, plant, cook, distribute talent, unlock spells and skills. You start in an abandoned fort, and need as soon as possible to find all the former residents there who fled during the corruption attack. Among the residents, you will find soldiers, archers, engineers, mechanics, alchemists, merchants and more. The factions are smarter monsters, who build bases to get stronger. You'll have to destroy those bases before they create an army to attack your fort!

Where can I buy a Mists of Noyah Key?

With GameGator, you are able to compare 6 deals across verified and trusted stores to find the cheapest Mists of Noyah Key for a fair price. All stores currently listed have to undergo very specific testing to ensure that customer support, game deliveries, and the game keys themselves are of the highest quality. To sweeten the deal, we offer you specific discount codes, which you will not be able to find anywhere else. This allows us to beat all competitor prices and provide you with the cheapest, most trustworthy deals. If the current cheapest price of $0.89 for Mists of Noyah is too high, create a price alert and we will alert you through email, SMS, or discord the moment the Mists of Noyah price matches your budget.

Can I play Mists of Noyah immediately after the purchase?

What store should I choose for the best Mists of Noyah Deal?