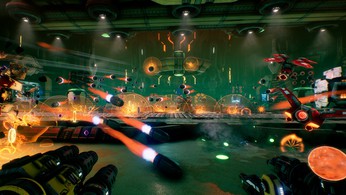 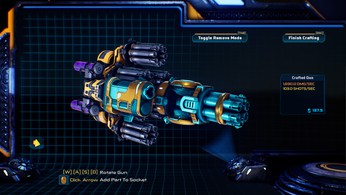 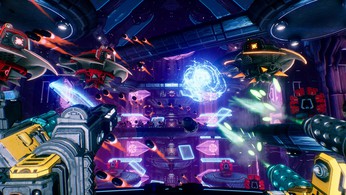 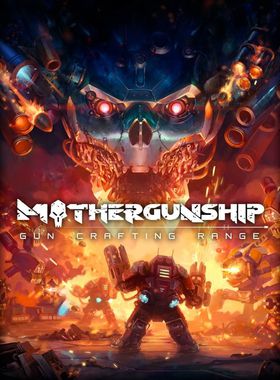 Craft gun monstrosities that no reasonable person could ever lift in the official MOTHERGUNSHIP: Gun Crafting Range demo. MOTHERGUNSHIP mixes bullet-hell intensity with the FPS genre and promises you one of the largest gun customization options seen in video games. Want to build a gun with fifteen barrels that will cover all sides of the screen? Or do you prefer a shotgun that can shoot bouncing spike balls? And how about something that has barrels arranged in a heart shape, allowing you to profess your love to your Co-OP partner? Go for it! The design of your destructive arsenal is in your hands.

Face off against overwhelming odds in chaotic non-stop combat, fight gigantic bosses, play online alongside your friends in a full co-op experience, and rise up to face the ultimate challenge: the MOTHERGUNSHIP.

Where can I buy a Mothergunship Key?

With GameGator, you are able to compare 18 deals across verified and trusted stores to find the cheapest Mothergunship Key for a fair price. All stores currently listed have to undergo very specific testing to ensure that customer support, game deliveries, and the game keys themselves are of the highest quality. To sweeten the deal, we offer you specific discount codes, which you will not be able to find anywhere else. This allows us to beat all competitor prices and provide you with the cheapest, most trustworthy deals. If the current cheapest price of $2.04 for Mothergunship is too high, create a price alert and we will alert you through email, SMS, or discord the moment the Mothergunship price matches your budget.

Can I play Mothergunship immediately after the purchase?

What store should I choose for the best Mothergunship Deal?