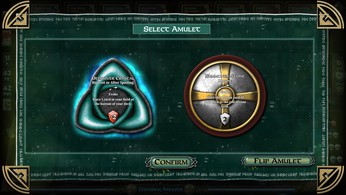 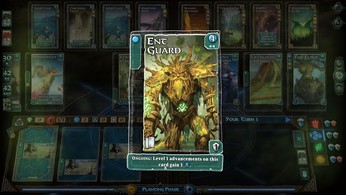 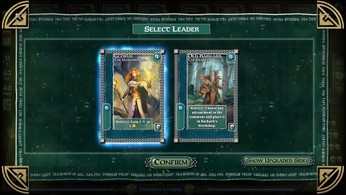 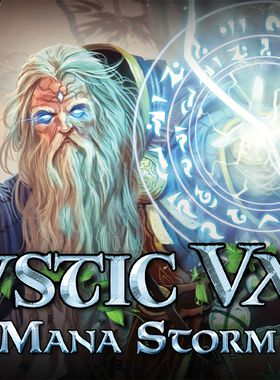 The campaign to restore Gaia's realm rages on and other druidic clans combating the curse have joined the ranks. And it's not just druids who have heeded the call; other creatures have also joined the fight, eager for a day when all are free from the accursed blight.

Mana storm brings another 48 Advancement Cards and 18 Vale Cards to the game and introduces a new mechanic in the form of Amulets. The new cards and amulets may contain negative Victory Points, making your battle even more of a struggle.

Negative VP can be found on some cards and amulets and is indicated by a red crystal with a negative number. Any negative points you accumulate throughout the game aren't deducted from your score until the end of the game.

Amulets work like the regular mana tokens you receive if you're to spoil in a game prior to this expansion. When you Spoil, you can turn over your amulet to its Evoked side. You may Evoke your amulet to use its abilities as described on its active side, once you've used the ability it'll flip back over. If you choose not to Evoke your active amulet, it will remain active for your next turns until you Evoke it. If your amulet is already active and you Spoil, the amulet remains active but you don't receive any other reward.

Where can I buy a Mystic Vale - Mana Storm Key?

With GameGator, you are able to compare 5 deals across verified and trusted stores to find the cheapest Mystic Vale - Mana Storm Key for a fair price. All stores currently listed have to undergo very specific testing to ensure that customer support, game deliveries, and the game keys themselves are of the highest quality. To sweeten the deal, we offer you specific discount codes, which you will not be able to find anywhere else. This allows us to beat all competitor prices and provide you with the cheapest, most trustworthy deals. If the current cheapest price of $2.99 for Mystic Vale - Mana Storm is too high, create a price alert and we will alert you through email, SMS, or discord the moment the Mystic Vale - Mana Storm price matches your budget.

Can I play Mystic Vale - Mana Storm immediately after the purchase?

What store should I choose for the best Mystic Vale - Mana Storm Deal?