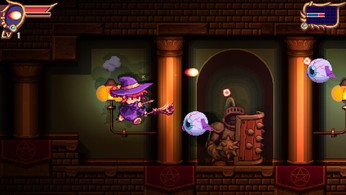 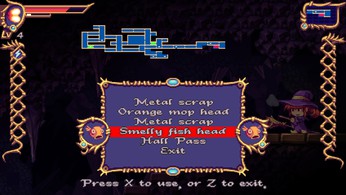 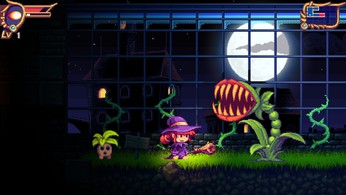 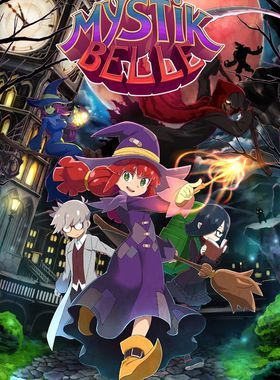 Being a student of mystical arts is hard work, doubly so if you are Belle MacFae - a freshman student at Hagmore School of Magic. The teachers and the staff are mean, her friends are few, and her grades suck. Worst of all – Belle has a tendency to be at exactly the wrong place at exactly the wrongest time. Like tonight, for example, when she stayed up late to practice her fire magic, but instead got framed for upsetting an ancient ritual. And what better way is there to punish an unlucky first-year student, than to charge her with an impossible task on the worst night of the year? Re-create the Walpurgisnacht Brew, or be expelled, and with all manner of spooks taking over the school, expulsion is starting to sound better by the minute.

Inspired by games like Slightly Magic, Puff in Dragonland, and the Dizzy series, Mystik Belle is a hybrid of a classic point-and-click adventure and a modern metroidvania.

While playing it you can expect to do some of the following:

Get hopelessly lost in the massive school building and its surrounding areas.

Find items and solve inventory puzzles. Or just clog up your pockets with useless junk.

Interact with other inhabitants of Hagmore. Learn clues, help them out, ruin their day with angry flies.

Fight through hallways infested by over 60 unique monster types.

Punch Cthulhu in the face.

Where can I buy a Mystik Belle Key?

With GameGator, you are able to compare deals across verified and trusted stores to find the cheapest Mystik Belle Key for a fair price. All stores currently listed have to undergo very specific testing to ensure that customer support, game deliveries, and the game keys themselves are of the highest quality. To sweeten the deal, we offer you specific discount codes, which you will not be able to find anywhere else. This allows us to beat all competitor prices and provide you with the cheapest, most trustworthy deals. If the current cheapest price of $5.20 for Mystik Belle is too high, create a price alert and we will alert you through email, SMS, or discord the moment the Mystik Belle price matches your budget.

Can I play Mystik Belle immediately after the purchase?

What store should I choose for the best Mystik Belle Deal?