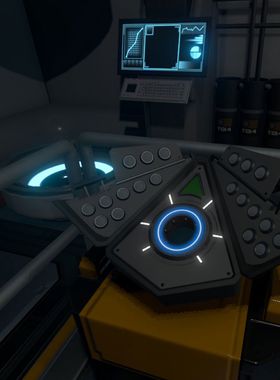 Nano Shift is a Virtual Reality puzzle mystery game set slightly in the future during the strugg14 against an invasive Nano Virus that has reduced a large part of the earths surface to an uninhabitable wasteland. Nano Shift will take you on a search through time for traces of who or what released the Nano Virus that wiped out 80% of the Earth's population. The Harvest as they sometimes called it.

Your story begins in a gritty underground compound as volunteer #137, moments before you are requested for duty. Your journey will take you more than half a century in the past, to when humans could still safely walk the surface. To see through the deception and solve the mystery behind Nano Shift youll need sharp wits, a keen eye, and a little help from a few friends.

This game is broken up into chapters, with the first full chapter currently included and available to play. Two more chapters are in the works and will be released as they are finished. The price of this game will increase as more chapters are added. Were in early access and still have some kinks to work out, but its quite stable and offers approximately an hour, to hour and a half, of play time.

- Teleporting not required. In fact it's not even recommended! (unless your play space is under the minimum Room-Scale measurements of 2.8m x 2.8m).

- Lots of logical and dexterity puzzles.

Where can I buy a Nano Shift VR Key?

With GameGator, you are able to compare deals across verified and trusted stores to find the cheapest Nano Shift VR Key for a fair price. All stores currently listed have to undergo very specific testing to ensure that customer support, game deliveries, and the game keys themselves are of the highest quality. To sweeten the deal, we offer you specific discount codes, which you will not be able to find anywhere else. This allows us to beat all competitor prices and provide you with the cheapest, most trustworthy deals. If the current cheapest price for Nano Shift VR is too high, create a price alert and we will alert you through email, SMS, or discord the moment the Nano Shift VR price matches your budget.

Can I play Nano Shift VR immediately after the purchase?

What store should I choose for the best Nano Shift VR Deal?