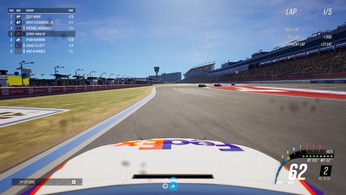 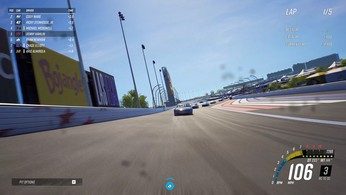 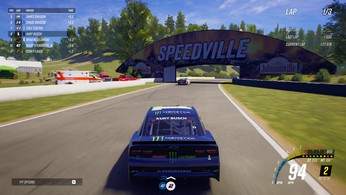 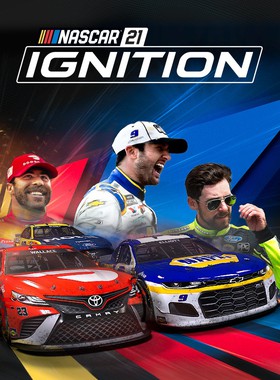 NASCAR 21: Ignition redefines the official video game of the world's most popular stock car racing series. With incredible graphics and immersive gameplay, NASCAR 21: Ignition brings a whole new level of authenticity and atmosphere to the NASCAR Cup Series. Complete with official drivers, teams and tracks from the 2021 NASCAR Cup Series season, the authentic presentation, including broadcast quality pre-race build up and post-race replays, takes you as close to the real thing as you can get.

The handling of the car is a direct representation of how it feels to drive one of these incredible machines, complete with updated track packages that represent the 2021 NASCAR Cup Series schedule. This puts you in the heat of the action as the green flag drops, while a full suite of driver assists make the game accessible to new racers. Either dive straight into the action with Race Now, playing as your favorite official driver from the NASCAR Cup Series, or take on the immersive and engaging career mode as you build your reputation in the sport and battle your way toward the championship.

A brand-new Paint Booth offers an unrivalled level of customization allowing you to create your own NASCAR Cup Series paint scheme complete with your own iconic race number. Supporting online multiplayer races, you are never far from a race whether that is in a party with your friends or racing with other players from around the world.

Where can I buy a NASCAR 21: Ignition Key?

With GameGator, you are able to compare 45 deals across verified and trusted stores to find the cheapest NASCAR 21: Ignition Key for a fair price. All stores currently listed have to undergo very specific testing to ensure that customer support, game deliveries, and the game keys themselves are of the highest quality. To sweeten the deal, we offer you specific discount codes, which you will not be able to find anywhere else. This allows us to beat all competitor prices and provide you with the cheapest, most trustworthy deals. If the current cheapest price of $6.92 for NASCAR 21: Ignition is too high, create a price alert and we will alert you through email, SMS, or discord the moment the NASCAR 21: Ignition price matches your budget.

Can I play NASCAR 21: Ignition immediately after the purchase?

What store should I choose for the best NASCAR 21: Ignition Deal?

There are many details that you might want to go through before settling on the deal of your choosing. If you are looking for a special Edition, such as Champions Edition, you can select these in our menu. When it comes to the actual stores, we made sure that you will never get overcharged/neglected. As we care about your satisfaction, we like to ensure that all deals are legitimate, reliable, and foolproof. On top of that, we make sure all stores affiliated with us have proper refund processes and guarantees and are backed by a competent team to ensure that absolutely nothing will go wrong.