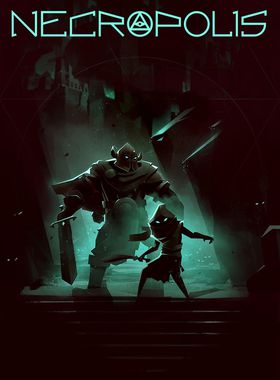 NECROPOLIS: BRUTAL EDITION is a major update featuring a new playable adventurer (The Brute), a completely new outdoor environment (The Black Forest), and lots of new enemies, weapons, armor, traps, potions, scrolls, and other big improvements to the game.

Clearer descriptions for all items in the game, including weapons, armor, recipes, potions, and magical codexes

NECROPOLIS combines third-person action with Rogue-lite dungeon-delving for a game that's fast-paced and addictive, yet diabolically hardcore. Adventure alone, or with up to 3 friends in a magical deathtrap that reconstructs itself each time you play. Craft, equip, explore, and fight to stay alive as you delve deeper and face ever-greater threats in the twisting halls and endless chasms of the NECROPOLIS. Have no doubt, you're going to die - often! - but you'll improve your combat skills, available upgrades, and dungeon know-how with every playthrough, bringing you one step closer to the exit. (Warning: “Just one more time” mindset can be addicting.)

Where can I buy a Necropolis Key?

With GameGator, you are able to compare deals across verified and trusted stores to find the cheapest Necropolis Key for a fair price. All stores currently listed have to undergo very specific testing to ensure that customer support, game deliveries, and the game keys themselves are of the highest quality. To sweeten the deal, we offer you specific discount codes, which you will not be able to find anywhere else. This allows us to beat all competitor prices and provide you with the cheapest, most trustworthy deals. If the current cheapest price for Necropolis is too high, create a price alert and we will alert you through email, SMS, or discord the moment the Necropolis price matches your budget.

Can I play Necropolis immediately after the purchase?

What store should I choose for the best Necropolis Deal?