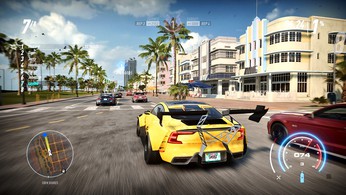 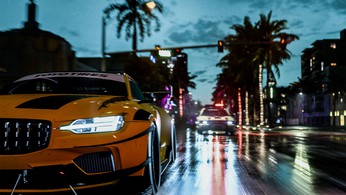 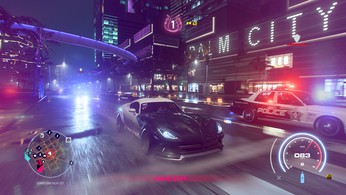 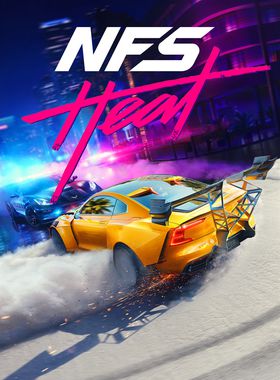 About Need for Speed Heat

Get involved in a breathtaking street racing experience where the boundaries of the law fade as soon as the sun goes down. During the day, Palm City hosts the Speedhunters Showdown, where you can earn money in official racing events to tune and upgrade your high-performance sports cars. Go all-out at night and build your reputation in illegal street racing to gain access to bigger races and better parts. But be careful: On the one hand, you'll have to prove yourself against rival crews, while you'll have to fight against the local police force on the other. The city has its own special unit to fight traffic hooligans, under the regiment of Lt. Frank Mercer. The cops are waiting for you and not all of them are playing fair - the unscrupulous police task force does everything in its power to take drivers off the road. Violence and blackmail are the order of the day. The more the Heat level rises, the bigger the resistance the cops will throw at you. This, however, doesn't stop players form building their garage, buying fast cars, and turning the city into their playground.

Electronic Arts and Swedish developer Ghost Games are back with Need for Speed: Heat, the latest offshoot of its Arcade racer series. The game offers players more opportunities to uniquely stand out. This includes more cars, more customization, and more challenges. From the style of your character to the performance of your car, to your individual driving style. Need for Speed: Heat encourages you to be creative more than ever before. The game deepens and expands everything Need for Speed players love, including expressive tuning, an authentic urban car culture, car chases with the police, and an exciting story.

Palm City is modelled after the US state of Florida and offers an interesting mixture of palm trees and beaches, framed by a glittering skyline of steel and glass. Outside of the city, you are met with rural sections, swamps, quarries, and winding mountain passages. In online mode, up to 16 drivers can race in the shared open-world at the same time, invite each other to races or just enjoy the city together.

Where can I buy a Need for Speed Heat Key?

With GameGator, you are able to compare 32 deals across verified and trusted stores to find the cheapest Need for Speed Heat Key for a fair price. All stores currently listed have to undergo very specific testing to ensure that customer support, game deliveries, and the game keys themselves are of the highest quality. To sweeten the deal, we offer you specific discount codes, which you will not be able to find anywhere else. This allows us to beat all competitor prices and provide you with the cheapest, most trustworthy deals. If the current cheapest price of $10.85 for Need for Speed Heat is too high, create a price alert and we will alert you through email, SMS, or discord the moment the Need for Speed Heat price matches your budget.

Can I play Need for Speed Heat immediately after the purchase?

What store should I choose for the best Need for Speed Heat Deal?