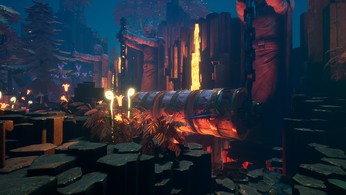 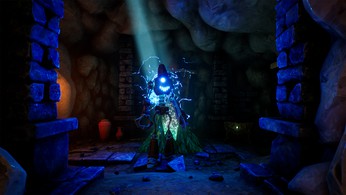 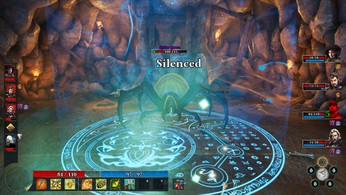 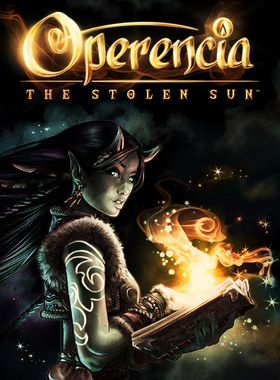 About Operencia: The Stolen Sun

Zen Studios' modern homage to classic first-person dungeon-crawlers takes you to the land of Operencia, an unconventional fantasy world inspired by a faraway land referenced in countless Central European folktales. An old-school turn-based battle system combines with inspiration from unexplored mythology to offer an RPG experience that feels unique yet also familiar.

An unknown force has abducted the Sun King Napkiraly, leaving Operencia in a state of perpetual darkness – and eventual doom. From hidden royal tombs and cursed castles to an ascent up the World Tree to reach the Copper Forest of the Land of the Gods, explore diverse settings throughout the far reaches of the land…and beyond. Each location boasts its own unique atmosphere, visual style, level design and puzzles, and many take place entirely outdoors.

Operencia is home to an intriguing mix of unexplored mythology and fantastical versions of actual historical locations (e. g. , Deva Fortress, Balvanyos) and characters (e. g. , Attila, Seven Chieftains of the Magyars), all coming together to form one cohesive new gaming universe. Several of your own seven party members take influence from heroes of forgotten tales told hundreds of years ago, such as the brave knight Mezey and Sebastian the Dragon Slayer.

Where can I buy a Operencia: The Stolen Sun Key?

With GameGator, you are able to compare 13 deals across verified and trusted stores to find the cheapest Operencia: The Stolen Sun Key for a fair price. All stores currently listed have to undergo very specific testing to ensure that customer support, game deliveries, and the game keys themselves are of the highest quality. To sweeten the deal, we offer you specific discount codes, which you will not be able to find anywhere else. This allows us to beat all competitor prices and provide you with the cheapest, most trustworthy deals. If the current cheapest price of $12.93 for Operencia: The Stolen Sun is too high, create a price alert and we will alert you through email, SMS, or discord the moment the Operencia: The Stolen Sun price matches your budget.

Can I play Operencia: The Stolen Sun immediately after the purchase?

What store should I choose for the best Operencia: The Stolen Sun Deal?