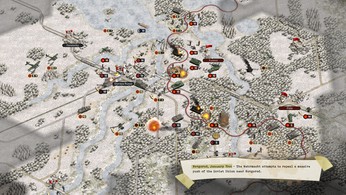 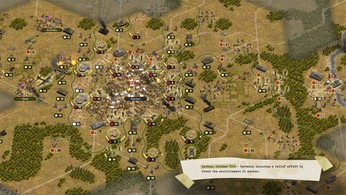 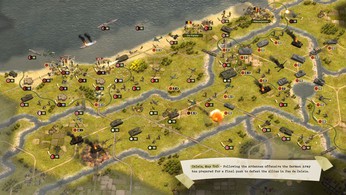 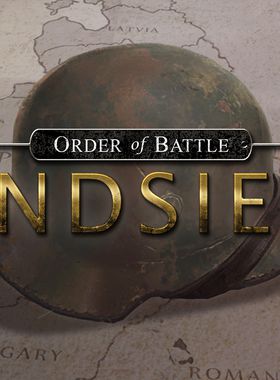 About Order of Battle: Endsieg

The final chapter of the Krieg trilogy is here: after four years of campaigning the battle-tested Wehrmacht will have to face its hardest challenges in Order of Battle: Endsieg. The Endsieg campaign, the biggest and longest yet, includes 16 unique scenarios. The story begins right after the Battle of Kursk, where the game provides the option to import a core force from either the Panzerkrieg or Sandstorm campaign.

The first five scenarios are based on the historical 1st Soviet offensive in the Donbass in summer 1943, up to the Leningrad–Novgorod strategic offensive in early 1944. A decisive defeat of the Red Army will eventually allow total victory over the Soviet Union, while failure to do so will turn the campaign away from the Eastern Front and into the Battle of Anzio in Italy.

In the second part of the campaign the player's forces are transferred to the west, where the Allied invasion of Normandy has opened a new front. Initially you'll be forced on the defensive, and you'll be tasked to extract other German forces from the Falaise trap, defeat Allied airborne units in Market-Garden, and defend the city of Aachen and the Huertgenwald against heavy attacks. By reaching a decisive victory in the German Ardennes Offensive in December 1944 the tide of the war can finally be turned again, leading to a set of ultimate battles to destroy the Allied armies once and for all.

Where can I buy a Order of Battle: Endsieg Key?

With GameGator, you are able to compare 2 deals across verified and trusted stores to find the cheapest Order of Battle: Endsieg Key for a fair price. All stores currently listed have to undergo very specific testing to ensure that customer support, game deliveries, and the game keys themselves are of the highest quality. To sweeten the deal, we offer you specific discount codes, which you will not be able to find anywhere else. This allows us to beat all competitor prices and provide you with the cheapest, most trustworthy deals. If the current cheapest price of $14.99 for Order of Battle: Endsieg is too high, create a price alert and we will alert you through email, SMS, or discord the moment the Order of Battle: Endsieg price matches your budget.

Can I play Order of Battle: Endsieg immediately after the purchase?

What store should I choose for the best Order of Battle: Endsieg Deal?