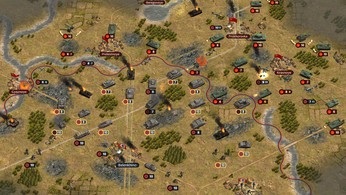 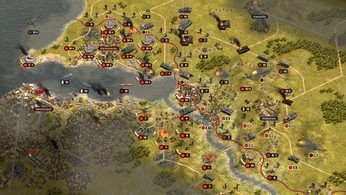 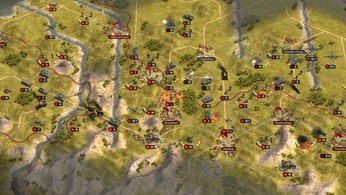 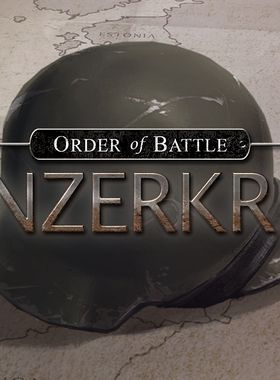 About Order of Battle: Panzerkrieg

After two years of lightning victories all across northern Europe, the German army has suffered its first major setback in the war. The great offensive to the east - the invasion of the Soviet Union - has stalled right in front of the gates of Moscow.

Following the relentless defense of their capital city, the Soviets have launched several major counter-attacks during the harsh winter of 1941. German forces are forced to retreat and regroup, but must maintain their position in reach of Moscow. Once the Soviet attacks have been broken and the strength of the Panzer Divisions is replenished the offensive will resume - until total victory has been achieved.

Panzerkrieg, the new expansion for Order of Battle - WW2 forms the second part of the German Grand Campaign, following the previously released Blitzkrieg DLC. Players can start the Panzerkrieg campaign from scratch, or import their core force from the end of the Blitzkrieg campaign - including all the previously unlocked commanders and specializations. The campaign focuses exclusively on the Eastern Front, including iconic battles such as the Siege of Sevastopol, the devastating urban warfare at Stalingrad and the epic clash of armour at the battle of Kursk.

Where can I buy a Order of Battle: Panzerkrieg Key?

With GameGator, you are able to compare deals across verified and trusted stores to find the cheapest Order of Battle: Panzerkrieg Key for a fair price. All stores currently listed have to undergo very specific testing to ensure that customer support, game deliveries, and the game keys themselves are of the highest quality. To sweeten the deal, we offer you specific discount codes, which you will not be able to find anywhere else. This allows us to beat all competitor prices and provide you with the cheapest, most trustworthy deals. If the current cheapest price of $15.30 for Order of Battle: Panzerkrieg is too high, create a price alert and we will alert you through email, SMS, or discord the moment the Order of Battle: Panzerkrieg price matches your budget.

Can I play Order of Battle: Panzerkrieg immediately after the purchase?

What store should I choose for the best Order of Battle: Panzerkrieg Deal?