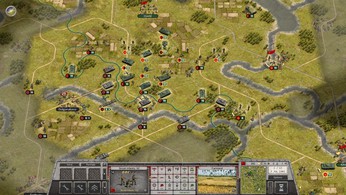 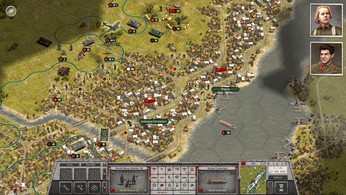 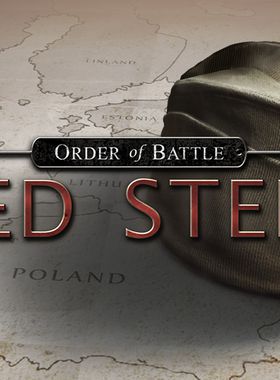 About Order of Battle: Red Steel

The second of a trilogy of DLCs featuring the whole World War II from the Soviet Union's perspective.

Red Steel begins in January 1942 with Soviet attacks at Staritsa, still not far from Moscow. During the harsh Russian Winter, you will need to remain on the offensive as the German army staggers, until the tide begins to turn again in spring 1942. Then we make a little detour to the Crimean Front, which offers a somewhat different challenge due to its peculiar geographical features.

In summer 1942 the Wehrmacht launches a new grand summer offensive which finally leads to the crucial battle of Stalingrad. This battle plays a major role in Red Steel, and the various developments related to it are featured in several scenarios from autumn 1942 to January 1943. In the last stage of the campaign, the Germans recover again with another victory at Kharkov. The final scenario gives the player a glimpse of the Kuban air battles, where Luftwaffe and VVS - the Soviet air force - clashed in intense air combat with massive numbers of aircraft involved over the Kuban region in the Caucasus.

The campaign continues right after the end of the previous Soviet DLC, Red Star. Players will be able to import their core army saved in Red Star to play the new DLC with experienced units, and previously unlocked commanders and specializations. Red Steel has new 16 scenarios, with 14 of them in the main campaign path, and 2 more in case of a minor outcome at Stalingrad.

Where can I buy a Order of Battle: Red Steel Key?

With GameGator, you are able to compare deals across verified and trusted stores to find the cheapest Order of Battle: Red Steel Key for a fair price. All stores currently listed have to undergo very specific testing to ensure that customer support, game deliveries, and the game keys themselves are of the highest quality. To sweeten the deal, we offer you specific discount codes, which you will not be able to find anywhere else. This allows us to beat all competitor prices and provide you with the cheapest, most trustworthy deals. If the current cheapest price of $12.59 for Order of Battle: Red Steel is too high, create a price alert and we will alert you through email, SMS, or discord the moment the Order of Battle: Red Steel price matches your budget.

Can I play Order of Battle: Red Steel immediately after the purchase?

What store should I choose for the best Order of Battle: Red Steel Deal?