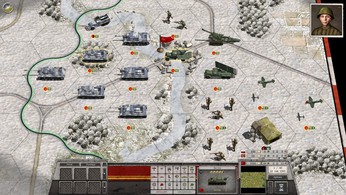 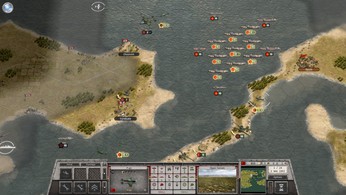 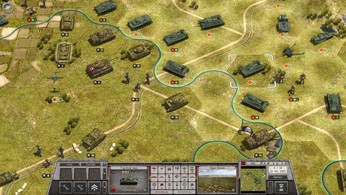 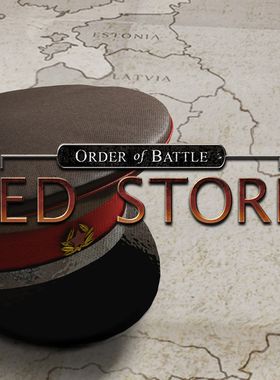 About Order of Battle: Red Storm

Red Storm, the third Soviet-themed DLC for Order of Battle, covers the battles of the Red Army between 1943 and 1945. The campaign begins with the fierce tank battle near Prokhorovka during Operation Citadel, the last grand German summer offensive on the Eastern Front in mid-1943. Following the failure of Citadel the Red Army will almost always be on the offensive.

Like in the previous Soviet DLCs, Red Star and Red Steel, Red Storm includes both famous and crucial battles as well as operations that are less known or limited in scope, but still provide unique challenges. So while the Eastern Front is known mostly for large land battles, a few operations with amphibious and naval elements, like the Kerch-Eltigen landings and the liberation of Crimea, were added.

An optional scenario roughly in the middle of the campaign depicts key aspects of partisan warfare in Byelorussia. Most core units cannot be used here, and the scenario can be skipped entirely if the player prefers more conventional battles. But winning it offers additional benefits in Operation Bagration, the huge offensive against Army Group Center in the same region a few months later. The ultimate goal of this campaign is of course the defeat of the Third Reich in the Battle of Berlin. But Red Storm does not stop there - players can opt for another battle after the fall of Berlin and take their core army to the Far East to defeat Japanese forces in the last major Soviet offensive of World War 2 in Manchuria.

Where can I buy a Order of Battle: Red Storm Key?

With GameGator, you are able to compare deals across verified and trusted stores to find the cheapest Order of Battle: Red Storm Key for a fair price. All stores currently listed have to undergo very specific testing to ensure that customer support, game deliveries, and the game keys themselves are of the highest quality. To sweeten the deal, we offer you specific discount codes, which you will not be able to find anywhere else. This allows us to beat all competitor prices and provide you with the cheapest, most trustworthy deals. If the current cheapest price for Order of Battle: Red Storm is too high, create a price alert and we will alert you through email, SMS, or discord the moment the Order of Battle: Red Storm price matches your budget.

Can I play Order of Battle: Red Storm immediately after the purchase?

What store should I choose for the best Order of Battle: Red Storm Deal?