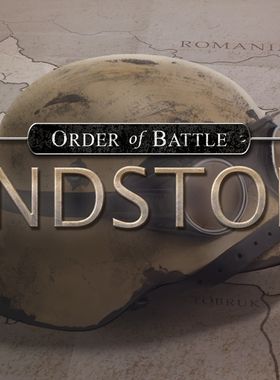 About Order of Battle: Sandstorm

Sandstorm is the new DLC for Order of Battle! It brings the series to North Africa for the first time, putting you in the shoes of Erwin Rommel, the Desert Fox himself, commander of the Axis forces in North Africa between 1941 and 1943.

Lead the Italo-German forces across a hostile desert front. Use your precious tanks to unleash a mighty blitzkrieg on the Allied forces. Overcome difficulties such as sandstorms and scarcity of supplies and vanquish your enemies with firepower and superior speed. The road to the Suez canal lies open...

Alongside a new campaign covering the whole of the North African theater (including a What-if mission in Malta!), Sandstorm greatly expands the units roster of Italy. Furthermore a brand new terrain type is available, Arid, allowing for new situations and environments.

Where can I buy a Order of Battle: Sandstorm Key?

With GameGator, you are able to compare 2 deals across 2 verified and trusted stores to find the cheapest Order of Battle: Sandstorm Key for a fair price. All stores currently listed have to undergo very specific testing to ensure that customer support, game deliveries, and the game keys themselves are of the highest quality. To sweeten the deal, we offer you specific discount codes, which you will not be able to find anywhere else. This allows us to beat all competitor prices and provide you with the cheapest, most trustworthy deals. If the current cheapest price of $14.99 for Order of Battle: Sandstorm is too high, create a price alert and we will alert you through email, SMS, or discord the moment the Order of Battle: Sandstorm price matches your budget.

Can I play Order of Battle: Sandstorm immediately after the purchase?

What store should I choose for the best Order of Battle: Sandstorm Deal?