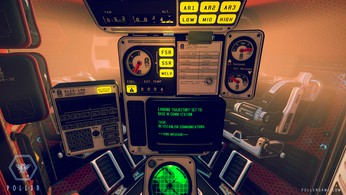 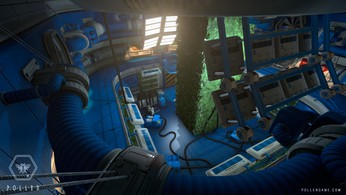 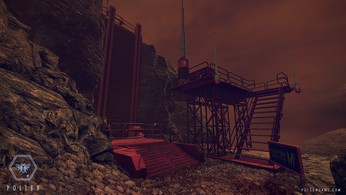 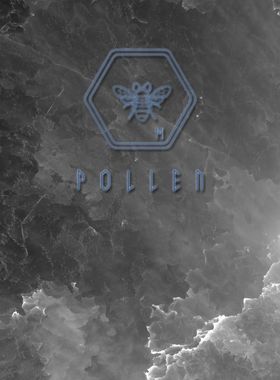 In an alternate timeline of history, where the Kennedy assassination failed and the internet was never invented, the space race continued to boom as the Soviet and US programs combined their efforts to conquer the vast mineral rich expanse beyond Earth. Handing their findings over to private companies, governments gave way to corporations who would soon establish mining & research colonies all over the Solar System. Owned by one such conglomerate, Station M is a recently built research base of RAMA Industries on the Saturn's largest moon Titan.

A member of RAMA Industries' research team has mysteriously disappeared. As a reserve employee of RAMA, you are sent to the windswept surface of Titan to investigate. With a large lunar storm looming on the horizon, you have no choice but to enter the base in search of answers…

Inspired by science-fiction classics such as Solaris, 2001: A Space Odyssey, and the Moon, P·O·L·L·E·N's retro futuristic world is an incredibly detailed, living-breathing environment, that feels every bit as real as the one around you. Each step in the shoes of a space mechanic will transport you into the Station M, where you can try everything you can get your hands on to solve intriguing puzzles and uncover the mysteries that lie beneath the moon's crust.

With GameGator, you are able to compare 3 deals across verified and trusted stores to find the cheapest P.O.L.L.E.N Key for a fair price. All stores currently listed have to undergo very specific testing to ensure that customer support, game deliveries, and the game keys themselves are of the highest quality. To sweeten the deal, we offer you specific discount codes, which you will not be able to find anywhere else. This allows us to beat all competitor prices and provide you with the cheapest, most trustworthy deals. If the current cheapest price of $9.99 for P.O.L.L.E.N is too high, create a price alert and we will alert you through email, SMS, or discord the moment the P.O.L.L.E.N price matches your budget.

Can I play P.O.L.L.E.N immediately after the purchase?

What store should I choose for the best P.O.L.L.E.N Deal?