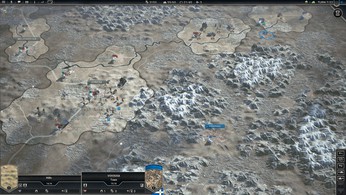 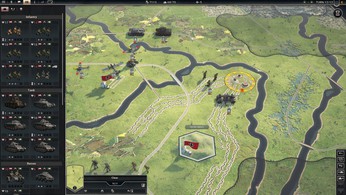 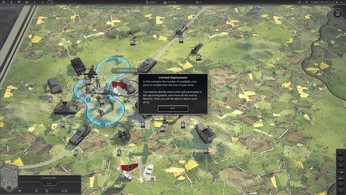 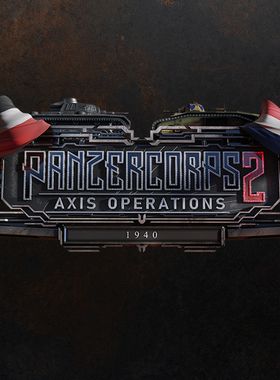 After the stunning defeat of Poland shocked the world, the Western Allies prepare for the inevitable. The British Expeditionary Force has landed on the continent, Belgian and Dutch forces man their fortifications, and the vaunted French Army mobilize their formidable heavy tanks for combat. After German plans fall into their hands during the Mechelen Incident, the Allies think themselves ready for the coming storm. But in truth, they have no idea what is coming as Germany launches Von Manstein's master plan to conquer Western Europe! To execute the plan, your veteran Wehrmacht forces are called to action to once again!

As part of the Manstein plan, it will fall on you to execute a series of surprise attacks against the Allied powers. In addition paratrooper assaults behind enemy lines, you will also get special opportunities to destroy the enemy air force... while it's still on the ground! Strike quickly, and your Stukas and Messerschmitts can bomb and strafe enemy aircraft to pieces before they know what hit them.

Take command of Wehrmacht forces once again in the continuing Axis Operations Campaign for Panzer Corps 2. Re-unite with your loyal command staff and as an extra special feature, get ready to fight alongside one of the greatest German Generals in history, Erwin Rommel. Join forces with Rommel's 7th Panzer Division to carve a path of devastation through the Low Countries, France, and beyond in this third chapter of the Axis Operations Campaign.

With GameGator, you are able to compare 7 deals across verified and trusted stores to find the cheapest Panzer Corps 2: Axis Operations - 1940 Key for a fair price. All stores currently listed have to undergo very specific testing to ensure that customer support, game deliveries, and the game keys themselves are of the highest quality. To sweeten the deal, we offer you specific discount codes, which you will not be able to find anywhere else. This allows us to beat all competitor prices and provide you with the cheapest, most trustworthy deals. If the current cheapest price of $4.25 for Panzer Corps 2: Axis Operations - 1940 is too high, create a price alert and we will alert you through email, SMS, or discord the moment the Panzer Corps 2: Axis Operations - 1940 price matches your budget.

Can I play Panzer Corps 2: Axis Operations - 1940 immediately after the purchase?

What store should I choose for the best Panzer Corps 2: Axis Operations - 1940 Deal?