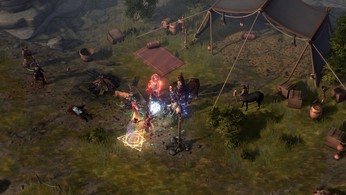 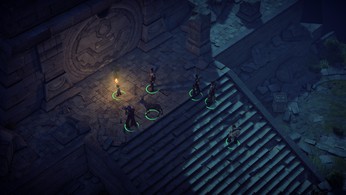 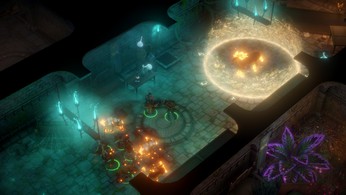 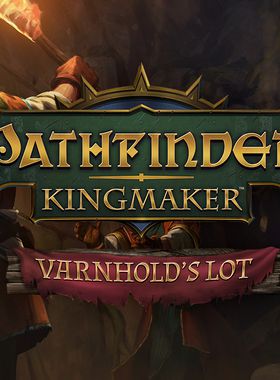 Just as you were claiming your first title, another hero of the Stolen Lands became a baron too: Maegar Varn, captain of the Varnling Host mercenary band and rightful ruler of Varnhold (this guy sure likes the sound of his name!). If you've played the main campaign, you already know what happened to him next... Or do you? In this DLC, you join Varn as his general, and experience Varnhold's valorous history firsthand — the whole of it, not just the outcome!

Play a self-contained side story. Create a new character and spend 6-12 hours fighting for the future of Varnhold while your main campaign's hero establishes their barony in the Shrike Hills.

Experience the adventure from a companion's point of view. Maegar Varn might be your liege — but what worth is a ruler without advisors, and what can a lord achieve without his host? Lead your commander to victory in combat and to prosperity in peace — and, perhaps, you'll see those who followed you in your main campaign with new eyes!

Explore a huge new dungeon. What secrets lie in the forbidden depths, guarded by centaurs of the Nomen tribe? What monsters lurk there, and what treasures glimmer in the dark? Open the ancient doors, and fight your way through Lostlarn Keep!

Where can I buy a Pathfinder: Kingmaker - Varnhold's Lot Key?

With GameGator, you are able to compare 7 deals across verified and trusted stores to find the cheapest Pathfinder: Kingmaker - Varnhold's Lot Key for a fair price. All stores currently listed have to undergo very specific testing to ensure that customer support, game deliveries, and the game keys themselves are of the highest quality. To sweeten the deal, we offer you specific discount codes, which you will not be able to find anywhere else. This allows us to beat all competitor prices and provide you with the cheapest, most trustworthy deals. If the current cheapest price of $3.19 for Pathfinder: Kingmaker - Varnhold's Lot is too high, create a price alert and we will alert you through email, SMS, or discord the moment the Pathfinder: Kingmaker - Varnhold's Lot price matches your budget.

Can I play Pathfinder: Kingmaker - Varnhold's Lot immediately after the purchase?

What store should I choose for the best Pathfinder: Kingmaker - Varnhold's Lot Deal?