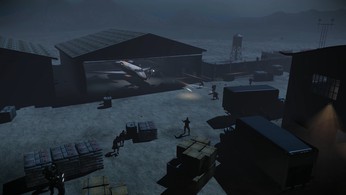 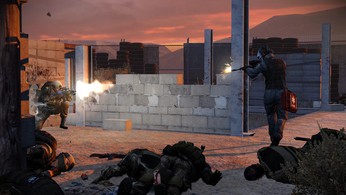 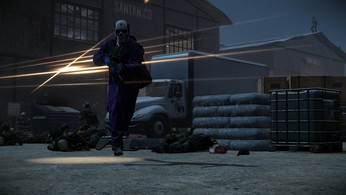 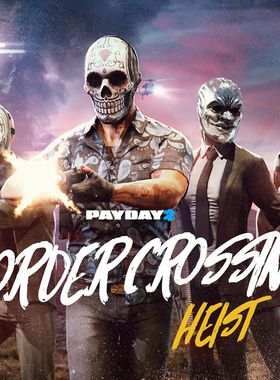 Payday 2 is back with a brand new heist DLC, taking us back to the time of the events of Hell's Island. The DLC includes one main story heist (Border Crossing) and also an additional heist (Border Crystal) taking place in the same location. While the Payday Gang is preparing to hit Hell's Island, they find out that their old enemies Murkywater and the Dentist are in the process of moving large amounts of money and illicit merchandise from the US to Mexico, using a secret tunnel across the border. The gang decides to divide their forces as they formulate a plan to strike at this border operation.

Border Crossing is playable in both stealth and loud mode and also allows players to customize their tactics further through pre-planning options. The action takes place in two separate locations, on both sides of the US/Mexico border. Border Crystal is a smaller heist full of intense action, as the Payday Gang strikes at a Mexican cartel operation south of the border. The objective is to penetrate the area and then defend against waves of enemies, while cooking as much meth as possible to secure that personal pension fund.

Where can I buy a Payday 2: Border Crossing Heist Key?

With GameGator, you are able to compare 3 deals across verified and trusted stores to find the cheapest Payday 2: Border Crossing Heist Key for a fair price. All stores currently listed have to undergo very specific testing to ensure that customer support, game deliveries, and the game keys themselves are of the highest quality. To sweeten the deal, we offer you specific discount codes, which you will not be able to find anywhere else. This allows us to beat all competitor prices and provide you with the cheapest, most trustworthy deals. If the current cheapest price of $6.99 for Payday 2: Border Crossing Heist is too high, create a price alert and we will alert you through email, SMS, or discord the moment the Payday 2: Border Crossing Heist price matches your budget.

Can I play Payday 2: Border Crossing Heist immediately after the purchase?

What store should I choose for the best Payday 2: Border Crossing Heist Deal?