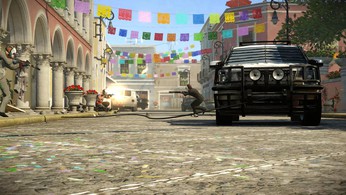 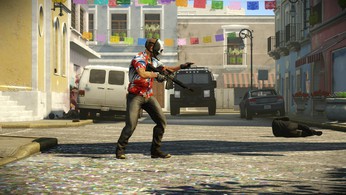 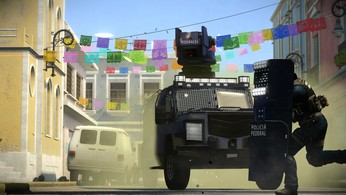 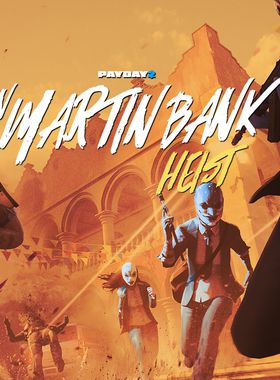 The Payday Gang is down in Mexico, preparing to hit a small town bank that has ties to a powerful drug cartel. A Bank Down South is a one-day heist taking place in the small and sleepy Mexican town of San Martín, which is about to receive a rude awakening as the Payday Gang arrives to hit the local bank. This DLC sees the Mexican police force make its debut appearance in PAYDAY 2, and players will find that the Mexican SWAT officers are every bit as tough as their US counterparts. The heist is available in both stealth and loud, and has a variety of preplanning options to allow players to customize their approach.

Where can I buy a Payday 2: San Martín Bank Heist Key?

With GameGator, you are able to compare 4 deals across verified and trusted stores to find the cheapest Payday 2: San Martín Bank Heist Key for a fair price. All stores currently listed have to undergo very specific testing to ensure that customer support, game deliveries, and the game keys themselves are of the highest quality. To sweeten the deal, we offer you specific discount codes, which you will not be able to find anywhere else. This allows us to beat all competitor prices and provide you with the cheapest, most trustworthy deals. If the current cheapest price of $6.99 for Payday 2: San Martín Bank Heist is too high, create a price alert and we will alert you through email, SMS, or discord the moment the Payday 2: San Martín Bank Heist price matches your budget.

Can I play Payday 2: San Martín Bank Heist immediately after the purchase?

What store should I choose for the best Payday 2: San Martín Bank Heist Deal?