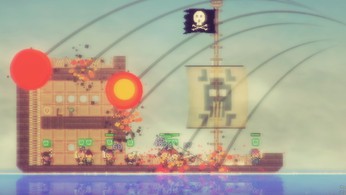 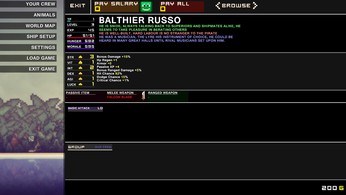 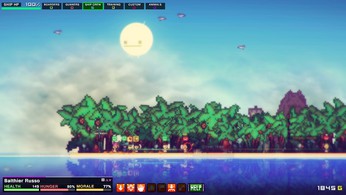 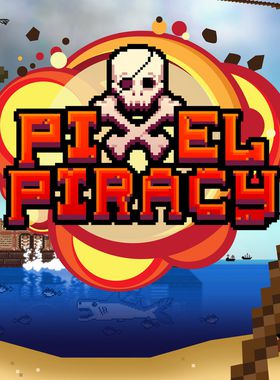 Live the life of a pirate captain! Recruit a crew of salty buccaneers, outfit and customize your ship, and then set sail on the open seas in search of treasure and infamy. Using a combination of aggression, diversion, and trade, will you become the next Legendary Pirate King and the most feared pirate crew in all of Piracia?

Pixel Piracy, the 2D Pirate Simulator, is back with a foundational rebuild that brings the game to its full potential! From items to stats, to islands and loot, to the brand new Sailor Mode and Tutorial - the entire game has been revisited over the past six months to provide you with the most polished experience we've crafted to date. With the help of our partners at Re-Logic (Terraria) we are proud to bring you an update that takes Pixel Piracy to a place worthy of its name.

Adapt your play style using the different difficulty settings - there's something for everyone, from casual to experienced roguelike players alike. If you are a returning Pixel Piracy player, we'd like to invite you to try the game out again, as so much has changed that we don't even know where to begin!

Where can I buy a Pixel Piracy Key?

With GameGator, you are able to compare 9 deals across verified and trusted stores to find the cheapest Pixel Piracy Key for a fair price. All stores currently listed have to undergo very specific testing to ensure that customer support, game deliveries, and the game keys themselves are of the highest quality. To sweeten the deal, we offer you specific discount codes, which you will not be able to find anywhere else. This allows us to beat all competitor prices and provide you with the cheapest, most trustworthy deals. If the current cheapest price of $1.99 for Pixel Piracy is too high, create a price alert and we will alert you through email, SMS, or discord the moment the Pixel Piracy price matches your budget.

Can I play Pixel Piracy immediately after the purchase?

What store should I choose for the best Pixel Piracy Deal?