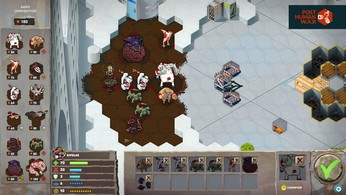 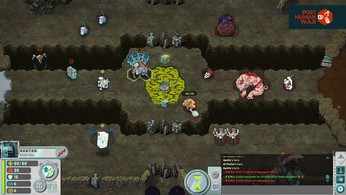 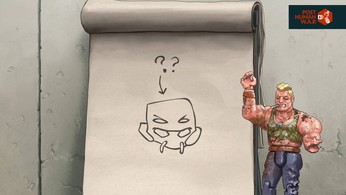 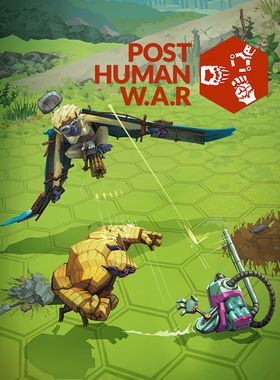 At the dawn of our third millennium, mankind went extinct, leaving behind a deeply affected planet Earth. Ferocious mutated animals, household robots converted for warfare, and inventive monkeys in tracksuits battle it out to decide the fate of the human heritage.

At the beginning of a battle, each player composes an army and selects one secret unit among them: the Champion. The first player to kill the opposing Champion wins the game. You're free to pick between frail or strong, flying or not, melee or ranged unit, as well as either keeping it behind your lines or exposing it to trick the enemy… To each their own strategy! You'll have to read your enemy's moves and avoid their bluffs to find the Champion and get rid of it... before it gets yours!

Form your armies and set off on an adventure through solo campaigns, or face off against players online. Experience a purely strategy-oriented gameplay with nothing left to chance, and filled with tactical challenges, bluffs and absurd humor.

An unforgiving gameplay with nothing left to chance and no seniority-induced imbalance: May the best strategist win!

Create barricades, destroy obstacles... Alter the terrain to your advantage throughout the battle!

Where can I buy a Post Human W.A.R Key?

With GameGator, you are able to compare 8 deals across verified and trusted stores to find the cheapest Post Human W.A.R Key for a fair price. All stores currently listed have to undergo very specific testing to ensure that customer support, game deliveries, and the game keys themselves are of the highest quality. To sweeten the deal, we offer you specific discount codes, which you will not be able to find anywhere else. This allows us to beat all competitor prices and provide you with the cheapest, most trustworthy deals. If the current cheapest price of $0.55 for Post Human W.A.R is too high, create a price alert and we will alert you through email, SMS, or discord the moment the Post Human W.A.R price matches your budget.

Can I play Post Human W.A.R immediately after the purchase?

What store should I choose for the best Post Human W.A.R Deal?