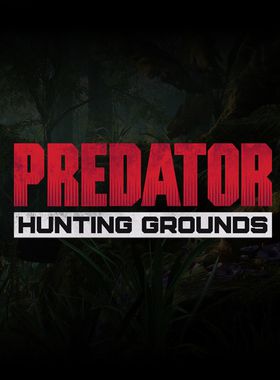 Hunt or be hunted in this asymmetrical multiplayer shooter that pits man against Predator. As part of a Fireteam, complete missions before the Predator finds you. Or be the Predator and hunt your prey.

Be the Predator – hunt down the opposing Fireteam, using deadly alien weaponry to stalk your prey. Get to the chopper – complete challenging missions as part of a four-person Fireteam to escape. Wield human and alien weaponry – fight with a state-of-the-art arsenal as the Fireteam, and deadly tech like the shoulder-mounted Plasma Caster, Combistick and more as the Predator. This DLC bundle includes the Samurai Predator, City Hunter Predator, Viking Predator, and Valkyrie Predator premium classes. This DLC bundle also includes early accessto 3 additional masks and 6 war paints.

Where can I buy a Predator: Hunting Grounds Key?

With GameGator, you are able to compare 21 deals across 14 verified and trusted stores to find the cheapest Predator: Hunting Grounds Key for a fair price. All stores currently listed have to undergo very specific testing to ensure that customer support, game deliveries, and the game keys themselves are of the highest quality. To sweeten the deal, we offer you 6 specific discount codes, which you will not be able to find anywhere else. This allows us to beat all competitor prices and provide you with the cheapest, most trustworthy deals. If the current cheapest price of $19.16 for Predator: Hunting Grounds is too high, create a price alert and we will alert you through email, SMS, or discord the moment the Predator: Hunting Grounds price matches your budget.

Can I play Predator: Hunting Grounds immediately after the purchase?

What store should I choose for the best Predator: Hunting Grounds Deal?