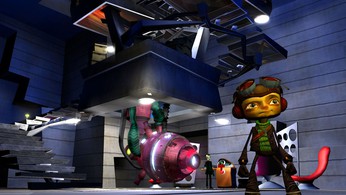 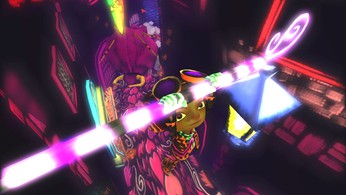 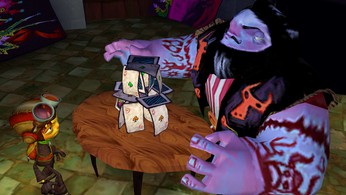 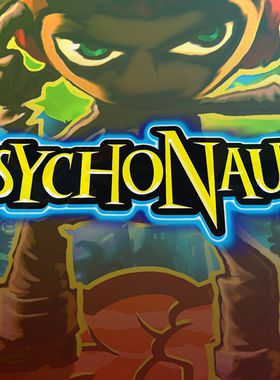 In the early and mid-nineties, game creator Tim Schäfer developed tricky, comic-like and above all quirky adventures ("Day of the tentacle", "Sam & Max", "Grim Fandango"), which still have cult character today and are loved hot and intimately by a large number of people of an older computer game generation. The tinkerer Schäfer is now back with "Psychonauts", a fancy genre mix of jump'n'run and the adventure game typical for him. In the fantasy world of "Psychonauts" the player takes over the role of Raz, a young cadet in the training camp of the Psychonauts. Psychonauts use clairvoyance, astral projection, or telekinesis to get into the psyche of other people and put their demons of the subconscious in their place. Especially at the start of Raz's training, strange things happen - brains are stolen, thoughts are influenced. The player's task is to uncover this psychological criminal case, and not only in the direct living environment of the psychonauts - no, also in the middle of the thought world and psyche. The story of the game may sound complicated. Still, the player is taken by the hand in every situation from the very beginning, so that the introduction becomes a real pleasure due to his attachment to the story. With the help of keyboard and mouse, the player controls the cadet Raz through an abstract, as well as a lovingly designed game world, which has been harmoniously staged in the style of a comic. Sound, as well as graphics, were judged excellent in the game testing groups and created an atmosphere that could captivate every player.

Where can I buy a Psychonauts Key?

With GameGator, you are able to compare 20 deals across verified and trusted stores to find the cheapest Psychonauts Key for a fair price. All stores currently listed have to undergo very specific testing to ensure that customer support, game deliveries, and the game keys themselves are of the highest quality. To sweeten the deal, we offer you specific discount codes, which you will not be able to find anywhere else. This allows us to beat all competitor prices and provide you with the cheapest, most trustworthy deals. If the current cheapest price of $1.81 for Psychonauts is too high, create a price alert and we will alert you through email, SMS, or discord the moment the Psychonauts price matches your budget.

Can I play Psychonauts immediately after the purchase?

What store should I choose for the best Psychonauts Deal?