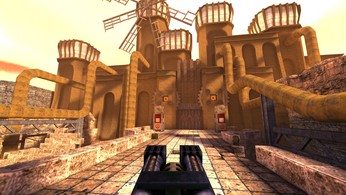 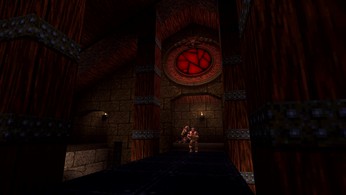 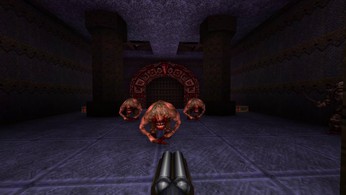 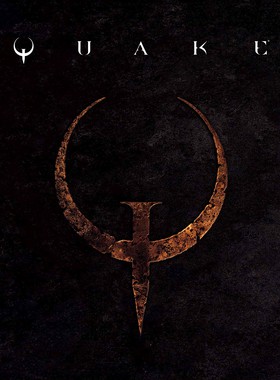 Developed by the award-winning id Software, Quake is the ground-breaking, original dark fantasy first-person shooter that inspires today's retro-style FPS games. With Quake (Enhanced), experience the authentic, updated, and visually enhanced version of the original. Enjoy the original, authentic version of Quake, now with up to 4K and widescreen resolution support, enhanced models, dynamic and colored lighting, anti-aliasing, depth of field, the original, atmospheric soundtrack and theme song by Trent Reznor, and more.

There's never been a better time to play Quake. You are Ranger, a warrior armed with a powerful arsenal of weapons. Fight corrupted knights, deformed ogres and an army of twisted creatures across four dark dimensions of infested military bases, ancient medieval castles, lava-filled dungeons and gothic cathedrals in search of the four magic runes. Only after you have collected the runes will you hold the power to defeat the ancient evil that threatens all of humanity.

In the deepest depths of the labyrinth lies the core of lava and steel known only as The Machine. Crusade across time and space against the forces of evil to bring together the lost runes, power the dormant machine, and open the portal hiding the greatest threat to all known worlds—destroy it... before it destroys us all.

Where can I buy a Quake Key?

With GameGator, you are able to compare 20 deals across verified and trusted stores to find the cheapest Quake Key for a fair price. All stores currently listed have to undergo very specific testing to ensure that customer support, game deliveries, and the game keys themselves are of the highest quality. To sweeten the deal, we offer you specific discount codes, which you will not be able to find anywhere else. This allows us to beat all competitor prices and provide you with the cheapest, most trustworthy deals. If the current cheapest price of $1.80 for Quake is too high, create a price alert and we will alert you through email, SMS, or discord the moment the Quake price matches your budget.

Can I play Quake immediately after the purchase?

What store should I choose for the best Quake Deal?