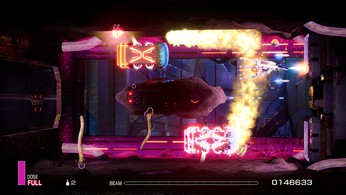 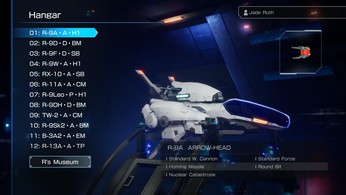 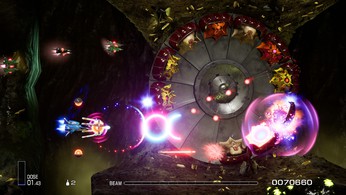 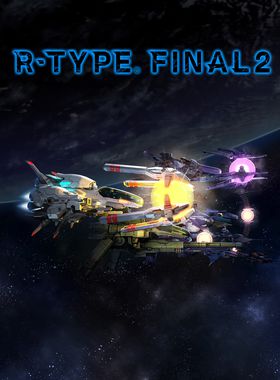 Feel the rush of mowing down hordes of Bydo with your fleet of R-Type fighters equipped with an arsenal of new and classic wave cannons, force units, bit devices, and devastating delta weapons. The Bydo threat is always evolving, as new enemies spawn from the wreckage of fallen foes, and stages are corrupted and altered by the sentient Bydo corruption. R-Type Final 2 unites the explosive action of the original games with modernized visuals and gameplay features, making this a must-have title for new and old shoot-'em-up fans alike.

R-Type is back and better than ever! Experience the explosive return of the legendary shoot-'em-up, where the high-octane action of the original games meets contemporary visuals, challenging gameplay, and an arsenal of new features. evolving enemies, stages that transform before you, and a real-time difficulty meter increases or decreases based on your performance.

The performance-based difficulty system adjusts to each player's individual experience, making this game accessible to new and old pilots alike. When you're done decimating the alien hordes, check out the worldwide leaderboard to see how you stack up against other pilots! Personalize every element of your ship, including its color, weapon type, and decals. Additionally, choose among dozens of fighters that appeared in previous installments, and even customize your pilot to your liking.

Where can I buy a R-Type Final 2 Key?

With GameGator, you are able to compare 9 deals across verified and trusted stores to find the cheapest R-Type Final 2 Key for a fair price. All stores currently listed have to undergo very specific testing to ensure that customer support, game deliveries, and the game keys themselves are of the highest quality. To sweeten the deal, we offer you specific discount codes, which you will not be able to find anywhere else. This allows us to beat all competitor prices and provide you with the cheapest, most trustworthy deals. If the current cheapest price of $31.99 for R-Type Final 2 is too high, create a price alert and we will alert you through email, SMS, or discord the moment the R-Type Final 2 price matches your budget.

Can I play R-Type Final 2 immediately after the purchase?

What store should I choose for the best R-Type Final 2 Deal?