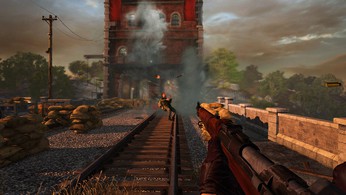 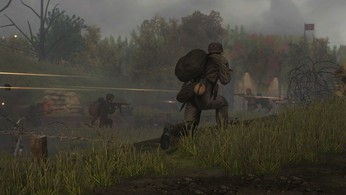 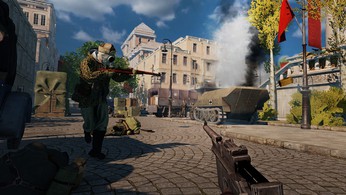 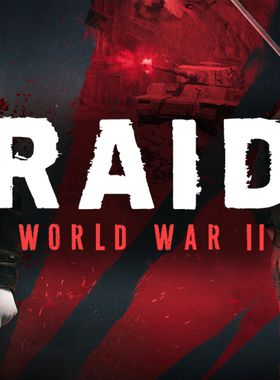 RAID: World War II is an action-packed four player cooperative shooter set in Europe during World War II, where you and your friends aims to thwart the Nazi onslaught. Four prisoners of war – Sterling, Rivet, Kurgan and Wolfgang have been freed by "Mrs. White, " a secret British Intelligence Operative, who needs someone to take down Hitler and his Third Reich once and for all. Their objective is to fight the war - without rules or mercy. Their reward is all the Nazi gold they can carry.

JOHN CLEESE - Comedy legend John Cleese plays Control - a British Intelligence Agent working for Mrs. White. His job is to make sure that you have plenty of Nazis to fight and lots of gold to steal.

RAID: World War II is all about teamwork and strategy during intense firefights filled with adrenaline. In RAID: World War II, you are fighting the enemy from within. You are up against tough odds, but with enough fire power, determination and recklessness anything is possible. Fight the good fight, but fight dirty.

By joining the group, you will receive additional content for free!

Where can I buy a Raid: World War 2 Special Edition Key?

With GameGator, you are able to compare deals across verified and trusted stores to find the cheapest Raid: World War 2 Key for a fair price. All stores currently listed have to undergo very specific testing to ensure that customer support, game deliveries, and the game keys themselves are of the highest quality. To sweeten the deal, we offer you specific discount codes, which you will not be able to find anywhere else. This allows us to beat all competitor prices and provide you with the cheapest, most trustworthy deals. If the current cheapest price of $64.99 for Raid: World War 2 is too high, create a price alert and we will alert you through email, SMS, or discord the moment the Raid: World War 2 price matches your budget.

Can I play Raid: World War 2 Special Edition immediately after the purchase?

What store should I choose for the best Raid: World War 2 Special Edition Deal?