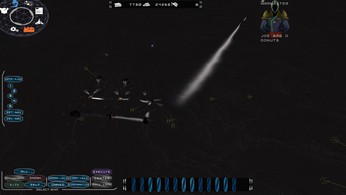 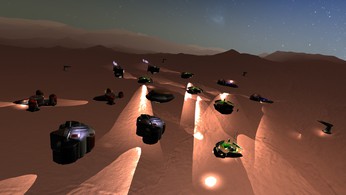 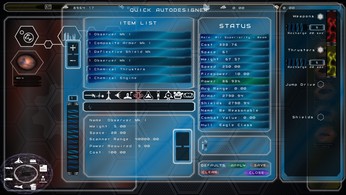 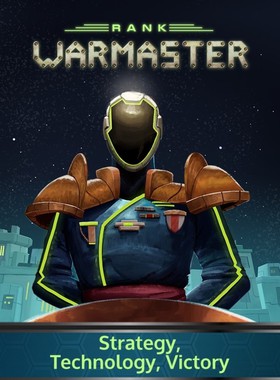 Rank: Warmaster is a brand new take on the space game genre which combines elements of Space Combat Simulators, RTS, and 4X games into a cohesive whole. Take command of any and every aspect of your corporation, from the large scale decisions of research and territory acquisition, all the way down to the piloting of individual ships, where you focus your attention is entirely up to you.

When civil war between the Central Earth Government and a collective council of corporate interests suddenly erupts, Earth's Defense Grid is compromised in the chaos. With all ships marked as hostile by the grid, Earth has been fully isolated from the rest of the solar system. You take on the role of a corporate settler who has just been stranded on Mars. Trapped in an underground shelter, your only assets are a Builder Bot, a handful of construction resources, and an instructional contingency AI named Ares. From these lowly origins you must first build a city, and then assemble a fleet of remote controlled warships to secure territory and advance your technology. Be quick about it, too, because you aren't the only one out here. Every other major corporation launched its own settlers to escape the devastation, and soon you'll find that there's just not enough solar system to go around.

Rank: Warmaster combines the best parts of the 4X, RTS, and Space Flight genres bringing a new depth to all three. Build your cities in real time and raise up fleets to defend them. First plot your conquest across Mars, and then the rest of the solar system. Order your fleets into engagements with enemy forces and, when the battle needs a personal touch, freely drop in and take direct, first-person control of any of your ships. When the ship you control is destroyed, instantly jump into any other ship you control, on or off the battlefield, with no respawn timer.

Every part of every ship is individually damaged and destroyed. Penetrate the hull to damage the critical systems held within. Enough damage will see a ship fully perforated, allowing weapons fire to pass through one ship and into another. With careful shots enemy ships can be left disabled rather than destroyed, the better to salvage them and reverse engineer their technology.

Where can I buy a Rank: Warmaster Key?

With GameGator, you are able to compare 3 deals across verified and trusted stores to find the cheapest Rank: Warmaster Key for a fair price. All stores currently listed have to undergo very specific testing to ensure that customer support, game deliveries, and the game keys themselves are of the highest quality. To sweeten the deal, we offer you specific discount codes, which you will not be able to find anywhere else. This allows us to beat all competitor prices and provide you with the cheapest, most trustworthy deals. If the current cheapest price of $4.22 for Rank: Warmaster is too high, create a price alert and we will alert you through email, SMS, or discord the moment the Rank: Warmaster price matches your budget.

Can I play Rank: Warmaster immediately after the purchase?

What store should I choose for the best Rank: Warmaster Deal?