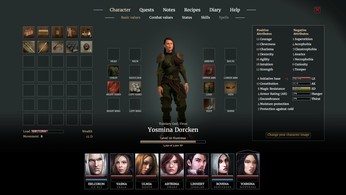 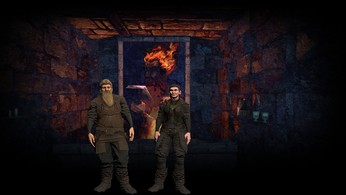 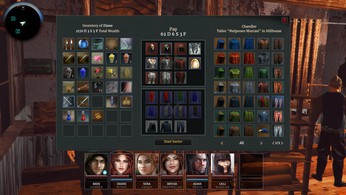 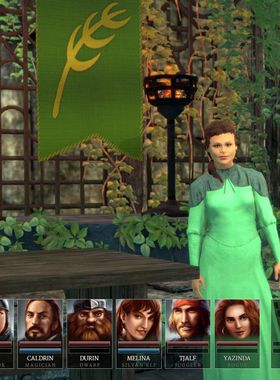 About Realms of Arkania: Star Trail

The united orc tribes attempted to invade the region of Thorwal, but a group of valiant adventurers thwarted their plans during their previous quest. Now the orcs have regrouped and attacked other, more vulnerable areas - Lowangen is occupied and half the Svellt Valley lies in ashes. An elf ambassador summons the party to the city of Kvirasim. To unite the races of the elves and the dwarves in the struggle against a common enemy, they must recover an artifact known as the Salamander Stone.

Yet not all is as simple as it seems: As the party approaches an abandoned dwarven mine that may hold the answers to their questions, someone else makes it clear that not everyone in the country favors a cooperation between the two races.

Star Trail is a faithful remake of Realms of Arkania's classic sequel. This hardcore RPG features dozens of talents and spells, distinct races and character classes as well as a challenging isometric turn-based combat system. Obey your orders and succeed in your quest to retrieve the Salamander stone - the peace between elves and dwarves depends on it!

Hand-crafted cities and dungeons to explore in first person view

Master dozens of talents including fighting and magical skills

Create your characters and manage your party

Plan your extensive travels through the realm in detail

Where can I buy a Realms of Arkania: Star Trail Key?

With GameGator, you are able to compare 7 deals across verified and trusted stores to find the cheapest Realms of Arkania: Star Trail Key for a fair price. All stores currently listed have to undergo very specific testing to ensure that customer support, game deliveries, and the game keys themselves are of the highest quality. To sweeten the deal, we offer you specific discount codes, which you will not be able to find anywhere else. This allows us to beat all competitor prices and provide you with the cheapest, most trustworthy deals. If the current cheapest price of $1.65 for Realms of Arkania: Star Trail is too high, create a price alert and we will alert you through email, SMS, or discord the moment the Realms of Arkania: Star Trail price matches your budget.

Can I play Realms of Arkania: Star Trail immediately after the purchase?

What store should I choose for the best Realms of Arkania: Star Trail Deal?