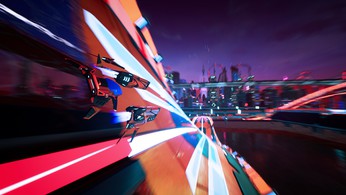 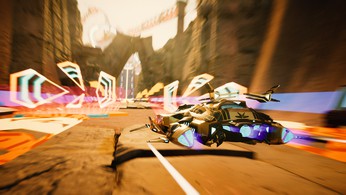 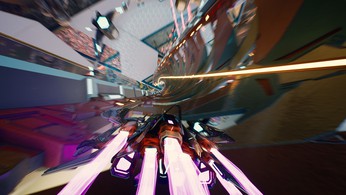 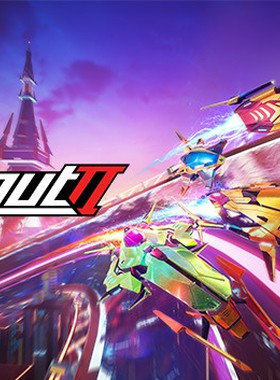 The fastest racing game in the universe.

Redout 2 is a tribute to classic arcade racing games and the sequel to the critically acclaimed Redout, where racing through the dystopian wastelands of a semi-abandoned Earth is one of the galaxy's most popular sports.

Speed and Control - In the tradition of Anti-Gravity racing classics like Wipeout and F-Zero, experience blazing fast speeds and an intuitive driving system that makes Redout 2 a blast to pick up and play, but also rewarding for those prepared to master the super-high skill ceiling. Bend, loop and swoop through the most insane twists and jumps in racing game history.

Extensive Career Mode - Fly through hundreds of events across 36 unique racetracks - all of which are reversible! From Arena Races and Time Attacks to Last Man Standing and intense Boss Races, dart past the competition and dominate the finish line.

Competitive Multiplayer - Race against others in intense 12-player online multiplayer action. Dive into fresh challenges with regularly-added custom content, alongside seasons that include unique aesthetic rewards.

Jaw-Dropping Soundtrack - Featuring superstar electronic artists, including the legendary Giorgio Moroder and acclaimed talents like Zardonic and Dance with the Dead. Our music-master algorithms seamlessly and dynamically mix tracks based on real-time race data.

Where can I buy a Redout 2 Key?

With GameGator, you are able to compare 14 deals across verified and trusted stores to find the cheapest Redout 2 Key for a fair price. All stores currently listed have to undergo very specific testing to ensure that customer support, game deliveries, and the game keys themselves are of the highest quality. To sweeten the deal, we offer you specific discount codes, which you will not be able to find anywhere else. This allows us to beat all competitor prices and provide you with the cheapest, most trustworthy deals. If the current cheapest price of $19.89 for Redout 2 is too high, create a price alert and we will alert you through email, SMS, or discord the moment the Redout 2 price matches your budget.

Can I play Redout 2 immediately after the purchase?

What store should I choose for the best Redout 2 Deal?