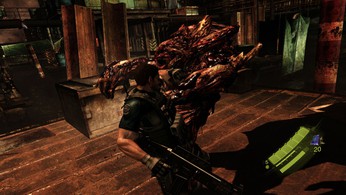 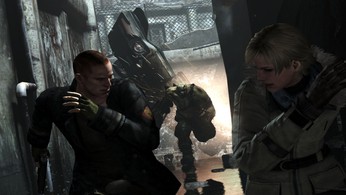 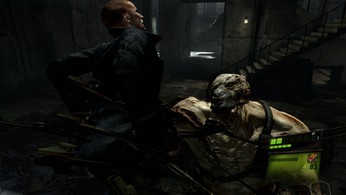 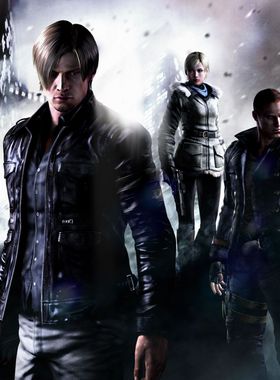 In "Resident Evil 6", the manufacturer Capcom once again sends video gamers into an enormously popular game universe that has produced numerous offshoots and feature films since its debut in 1997. In the past, the series was always a figurehead of the horror genre, but "Resident Evil 4" (link to review) and "Resident Evil 5" (link to review) increasingly moved away from the roots of the brand, to which fans of the old times reacted with mixed feelings. Instead, the focus was frequently on action scenes - an approach that is now being taken to the extreme in "Resident Evil 6".In terms of content, it's once again about a virus that a group of bio-terrorists uses to turn people into undead beasts. Many global metropolises have already been caught by the C-virus, which is about to plunge the whole world into chaos. Preventing this is now up to the seven playable characters who are looking for a way to eliminate the insidious virus. The player often shoots himself through gigantic enemy masses. In addition to zombie-like undead, he also encounters a multitude of bizarre monsters, which often have an enormous disgust factor.Among the characters, "Resident Evil", veterans discover well-known series faces who have to fight their way through four different campaigns in extremely linear locations in the USA, China, and Eastern Europe. While at first, it may seem that the individual campaigns are not closely related in terms of content, they are ultimately brought together and culminate in a joint final.Basically, "Resident Evil 6" makes violence a central component of the game, which is explicitly rewarded by advancing in the game. In its explicit representation, the game simply does not belong in the hands of children and young people. At the same time, it should be mentioned that the scenes of violence are staged in an extremely exaggerated way so that it should not be difficult for players of full age with sufficient ability to differentiate between classifying the excessive acts of violence. Due to the many playful repetitions and some design flaws, however, the cooperative mode with a human player should be the main entertainment factor for adult action fans.

Where can I buy a Resident Evil 6 Key?

With GameGator, you are able to compare 29 deals across verified and trusted stores to find the cheapest Resident Evil 6 Key for a fair price. All stores currently listed have to undergo very specific testing to ensure that customer support, game deliveries, and the game keys themselves are of the highest quality. To sweeten the deal, we offer you specific discount codes, which you will not be able to find anywhere else. This allows us to beat all competitor prices and provide you with the cheapest, most trustworthy deals. If the current cheapest price of $3.40 for Resident Evil 6 is too high, create a price alert and we will alert you through email, SMS, or discord the moment the Resident Evil 6 price matches your budget.

Can I play Resident Evil 6 immediately after the purchase?

What store should I choose for the best Resident Evil 6 Deal?