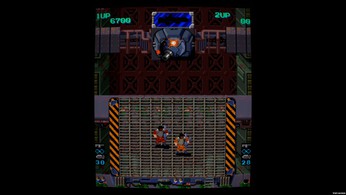 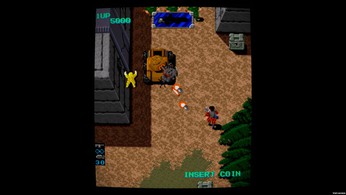 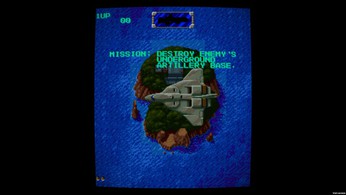 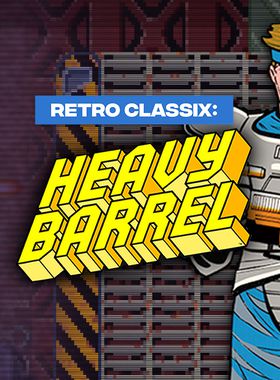 The unthinkable has happened. Terrorists have seized the underground control complex of a nuclear missile site. It's up to you to infiltrate the installation and eliminate the leader of the terrorist forces.

It won't be easy, powerful tanks, treacherous waterways, and defended bridges are all under enemy control now. The only weapon up to the task is called Heavy Barrel, but it's been dismantled inside the installation itself. Your mission is to battle your way into the missile complex, secure and assemble the Heavy Barrel weapon and use it to defeat the terrorists.

Where can I buy a Retro Classix: Heavy Barrel Key?

With GameGator, you are able to compare deals across verified and trusted stores to find the cheapest Retro Classix: Heavy Barrel Key for a fair price. All stores currently listed have to undergo very specific testing to ensure that customer support, game deliveries, and the game keys themselves are of the highest quality. To sweeten the deal, we offer you specific discount codes, which you will not be able to find anywhere else. This allows us to beat all competitor prices and provide you with the cheapest, most trustworthy deals. If the current cheapest price of $6.99 for Retro Classix: Heavy Barrel is too high, create a price alert and we will alert you through email, SMS, or discord the moment the Retro Classix: Heavy Barrel price matches your budget.

Can I play Retro Classix: Heavy Barrel immediately after the purchase?

What store should I choose for the best Retro Classix: Heavy Barrel Deal?