Rise of the Third Power 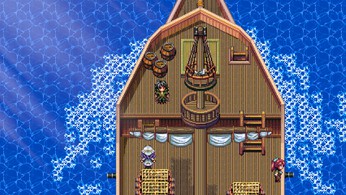 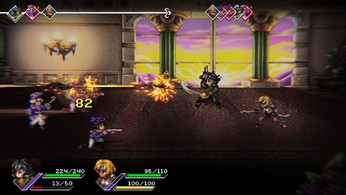 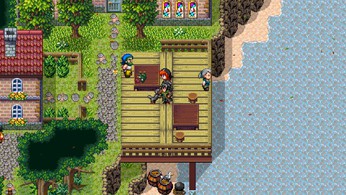 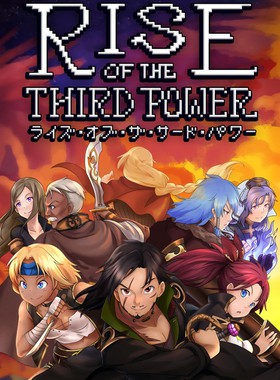 Rise of the Third Power

About Rise of the Third Power

Rise of the Third Power is a love letter to the glory days of the console style RPG, with modern conveniences such as auto-save and a combination of the best elements of Japanese and Western style gameplay and writing. Experience this fusion of East and West, old and new, in a game meant to surpass Stegosoft Games' previous work in every way!

Join a party of eight, each with their own unique ambitions, perspectives and personalities as they embark upon a suicide mission to topple the Arkadyan emperor, Dimitri Noraskov. A blend of humor, drama and tragedy await players as they navigate the treacherous world of Rin. As the world of Rin recovers from the Great War, the balance of power remains badly skewed, with vacuums of power still waiting to be filled. The player's party will be both beset and aided by schemers, liars and betrayers, all while the clock ticks down to a reprise of the greatest war in human history.

Rise of the Third Power offers eight playable characters in a battle system built from scratch, each with their own strengths and weaknesses, all of whom are meant to participate in battle simultaneously without the need for tedious party management. Combine each character's unique powers and disadvantages, analyze the abilities of your foes, set your formation and charge into battle. Each piece of equipment found, purchased or stolen is a permanent, unique upgrade for each character. Instead of purchasing replacements, the player purchases upgrades. No more buying that awesome helmet back in town only to stumble over a better one as treasure in a dungeon. Each character has 3 equipment slots with 8 upgrades each, with 192 to find in total. This system avoids the tedium of inventory management, while also giving the completionist something useful to hunt for.

Where can I buy a Rise of the Third Power Key?

With GameGator, you are able to compare 8 deals across verified and trusted stores to find the cheapest Rise of the Third Power Key for a fair price. All stores currently listed have to undergo very specific testing to ensure that customer support, game deliveries, and the game keys themselves are of the highest quality. To sweeten the deal, we offer you specific discount codes, which you will not be able to find anywhere else. This allows us to beat all competitor prices and provide you with the cheapest, most trustworthy deals. If the current cheapest price of $12.35 for Rise of the Third Power is too high, create a price alert and we will alert you through email, SMS, or discord the moment the Rise of the Third Power price matches your budget.

Can I play Rise of the Third Power immediately after the purchase?

What store should I choose for the best Rise of the Third Power Deal?