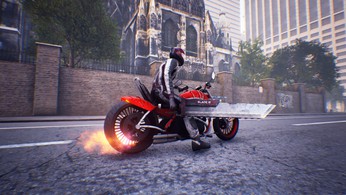 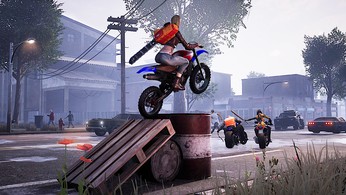 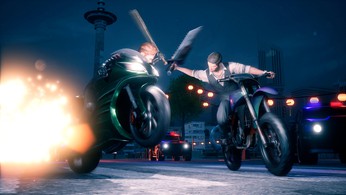 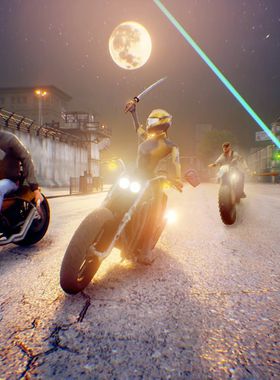 Road Rage is an over-the-top, knock-down-drag-out motorcycle combat game that tests your skill on a range of badass bikes. Race, fight, and hustle your way through the ranks of an insane outlaw motorcycle gang.

Use various bikes, weapons, and battle maneuvers to propel you into a position of ultimate authority. Push the limits of combat racing, exploring an open-world and playing over 90 missions that will offer the opportunity to progress to Club President.

• Open-World Exploration. Joyride around a massive city and discover a wide variety of missions and objectives throughout its distinctive neighborhoods.

• Insane Weaponry. Equip yourself with a range of weapons for knock-down-drag-out encounters with rivals on the road!

• Ride in Style. Choose from a variety of motorcycles and customize your bike to suit your style.

Where can I buy a Road Rage Key?

With GameGator, you are able to compare 10 deals across verified and trusted stores to find the cheapest Road Rage Key for a fair price. All stores currently listed have to undergo very specific testing to ensure that customer support, game deliveries, and the game keys themselves are of the highest quality. To sweeten the deal, we offer you specific discount codes, which you will not be able to find anywhere else. This allows us to beat all competitor prices and provide you with the cheapest, most trustworthy deals. If the current cheapest price of $0.86 for Road Rage is too high, create a price alert and we will alert you through email, SMS, or discord the moment the Road Rage price matches your budget.

Can I play Road Rage immediately after the purchase?

What store should I choose for the best Road Rage Deal?