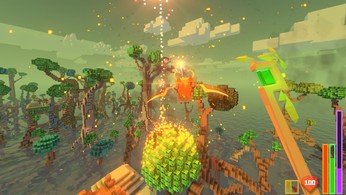 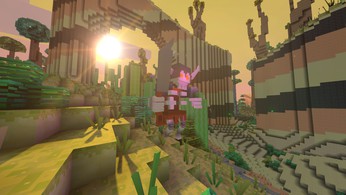 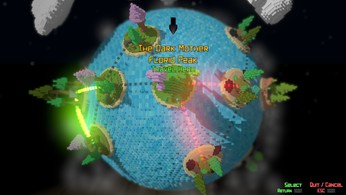 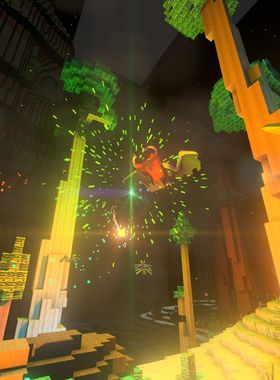 If you think this is Minecraft, think again!

Described as the ultimate first person fantasy shooter, Rogue Islands is an exhilarating battle for survival against the forces of darkness. Battle your way through relentless waves of foes, from fire breathing dragons to deadly encounters with demons and the Lords of Torment!

In a game that constantly adapts itself to your skill level, the challenge never ends as you battle through forests, dark caves, mountains and even the depths of the ocean, all procedurally generated around your current player level as you fight for survival.

Craft magic spells, search under the oceans to find Gurgleweed to boost your health and brew life saving potions to stay one step ahead of the demon hordes.

Only the best will visit the Rogue Islands and live to tell the tale!

Where can I buy a Rogue Islands Key?

With GameGator, you are able to compare 4 deals across verified and trusted stores to find the cheapest Rogue Islands Key for a fair price. All stores currently listed have to undergo very specific testing to ensure that customer support, game deliveries, and the game keys themselves are of the highest quality. To sweeten the deal, we offer you specific discount codes, which you will not be able to find anywhere else. This allows us to beat all competitor prices and provide you with the cheapest, most trustworthy deals. If the current cheapest price of $0.71 for Rogue Islands is too high, create a price alert and we will alert you through email, SMS, or discord the moment the Rogue Islands price matches your budget.

Can I play Rogue Islands immediately after the purchase?

What store should I choose for the best Rogue Islands Deal?