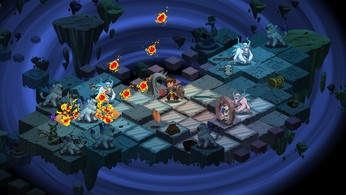 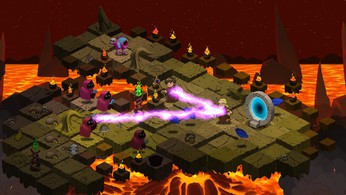 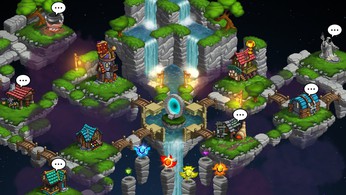 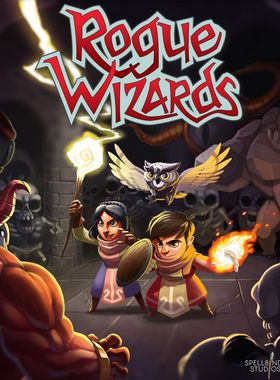 The Council oversees the elam families, aristocrats who are descended from the first humans in Rilfanor, and the banlits, who were originally people born without magical abilities. The Guild has never admitted banlits because of their lack of magical capacity; and theyve never admitted women because they believed women were too weak-minded to control such power.

Now, many generations later, the elam magic is weakening, and latent magic talent has reappeared among the banlit population. Many of the elam are in denial, but some of them want to take the radical step of allowing banlits, including women, into the Guild.

In your quest youll explore randomly generated dungeons, collect treasures, master magic, avoid traps, solve puzzles, and of course cleanse the dungeons of all the evil minions within. Every dungeon is unique, no two locations will ever be the same.

Its not all dungeon-crawl. Feel at home in your very own Wizard Tower where you can enhance and customize the way you play by building a thriving town, brewing your own reagents, crafting or buying your own gear, powering up your magic, and recruiting help.

Where can I buy a Rogue Wizards Key?

With GameGator, you are able to compare 11 deals across verified and trusted stores to find the cheapest Rogue Wizards Key for a fair price. All stores currently listed have to undergo very specific testing to ensure that customer support, game deliveries, and the game keys themselves are of the highest quality. To sweeten the deal, we offer you specific discount codes, which you will not be able to find anywhere else. This allows us to beat all competitor prices and provide you with the cheapest, most trustworthy deals. If the current cheapest price of $1.70 for Rogue Wizards is too high, create a price alert and we will alert you through email, SMS, or discord the moment the Rogue Wizards price matches your budget.

Can I play Rogue Wizards immediately after the purchase?

What store should I choose for the best Rogue Wizards Deal?