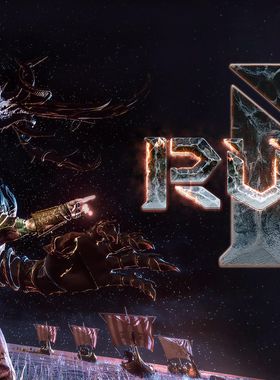 Abandoned and sabotaged by the original developers, RUNE II was left in a state of disarray. Raised from the ashes by Studio 369, the game has now emerged for a Steam launch as a re-envisioned story of betrayal, rebirth and revenge. Severing that old human head has freed RUNE II and it is now a glorious Viking adventure. In this journey to open the ultimate can of whoopass on Loki and save Midgard, you’ll need heavy weapons, raucous friends, and lots and lots of mead. Call upon the power of the Viking deities Odin, Hel, or Thor to bless your quest to take down a God. Explore an expanded Midgard world with buildable villages and loot-filled dungeons. Battle savage hordes of enemies from Norse legends alone or online with friends. Experience brand new gameplay features including a skill tree system, improved combat mechanics, and a revamped quest system.

As the chosen warrior who will save all of Midgard, you must battle against legendary creatures, giants, feral beasts, living warriors, and the dishonored dead alike. Seek the weapons and knowledge needed to confront Loki and stop his scheme of an unending cycle of Ragnarok. Experience a NEW RUNE II main narrative that introduces new characters, numerous quests and an ending sequence fitting for a legendary Viking saga. Explore the once-beautiful realm of Midgard, now a ravaged battlefield fought between men, beasts, and gods. The quest to kill Loki will have you tested through the Ages of Ragnarok: journey through mountainous terrain, charge through blood-soaked fields, sulk through dangerous dungeons, and defend village settlements against violent hordes.

With GameGator, you are able to compare 4 deals across verified and trusted stores to find the cheapest Rune 2 Key for a fair price. All stores currently listed have to undergo very specific testing to ensure that customer support, game deliveries, and the game keys themselves are of the highest quality. To sweeten the deal, we offer you specific discount codes, which you will not be able to find anywhere else. This allows us to beat all competitor prices and provide you with the cheapest, most trustworthy deals. If the current cheapest price of $29.99 for Rune 2 is too high, create a price alert and we will alert you through email, SMS, or discord the moment the Rune 2 price matches your budget.

Can I play Rune 2 immediately after the purchase?

What store should I choose for the best Rune 2 Deal?

There are many details that you might want to go through before settling on the deal of your choosing. If you are looking for a special Edition, such as Decapitation Edition, you can select these in our menu. When it comes to the actual stores, we made sure that you will never get overcharged/neglected. As we care about your satisfaction, we like to ensure that all deals are legitimate, reliable, and foolproof. On top of that, we make sure all stores affiliated with us have proper refund processes and guarantees and are backed by a competent team to ensure that absolutely nothing will go wrong.