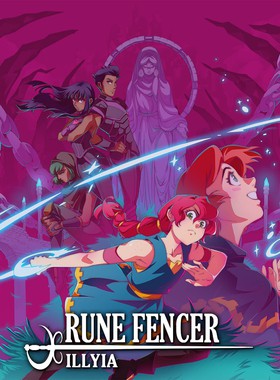 Rune Fencer Illyia is an intense, atmospheric action-platformer with a heavy focus on exploration and combat. Traverse an enormous, mysterious and dangerous world, meet strange allies and enemies, and outfight your numerous foes with fast-paced swordplay and powerful runic magic.

A young Runist named Illyia of Moonstone wakes up in the debris of the airship she had been traveling on with her twin sister, Lilly. Now, Illyia must explore the strange, ruined world that she's arrived in, locate her missing sister and find a way home.

​However, things are never quite that easy as she unravels the secrets of a fallen kingdom and those who still wander it.

Where can I buy a Rune Fencer Illyia Key?

With GameGator, you are able to compare deals across verified and trusted stores to find the cheapest Rune Fencer Illyia Key for a fair price. All stores currently listed have to undergo very specific testing to ensure that customer support, game deliveries, and the game keys themselves are of the highest quality. To sweeten the deal, we offer you specific discount codes, which you will not be able to find anywhere else. This allows us to beat all competitor prices and provide you with the cheapest, most trustworthy deals. If the current cheapest price for Rune Fencer Illyia is too high, create a price alert and we will alert you through email, SMS, or discord the moment the Rune Fencer Illyia price matches your budget.

Can I play Rune Fencer Illyia immediately after the purchase?

What store should I choose for the best Rune Fencer Illyia Deal?