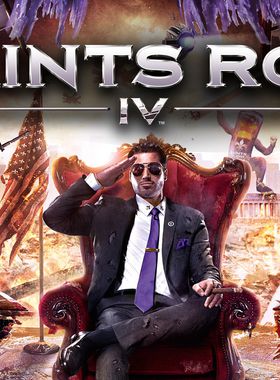 Unlike the first three games in the franchise, Saints Row 4 does not center around the main character defeating three rival gangs in order to take over a city. The Saints have now become a household name, and their leader has become the president of the Unites States. The antagonists in Saints Row 4 are an invading alien race known as the Zin. Most of the game takes place within a computer simulation of the city of Steelport controlled by the Zin, where the protagonist is attempting to free himself and his companions.

Where can I buy a Saints Row 4 Key?

With GameGator, you are able to compare 18 deals across 12 verified and trusted stores to find the cheapest Saints Row 4 Key for a fair price. All stores currently listed have to undergo very specific testing to ensure that customer support, game deliveries, and the game keys themselves are of the highest quality. To sweeten the deal, we offer you 5 specific discount codes, which you will not be able to find anywhere else. This allows us to beat all competitor prices and provide you with the cheapest, most trustworthy deals. If the current cheapest price of $2.99 for Saints Row 4 is too high, create a price alert and we will alert you through email, SMS, or discord the moment the Saints Row 4 price matches your budget.

Can I play Saints Row 4 immediately after the purchase?

What store should I choose for the best Saints Row 4 Deal?