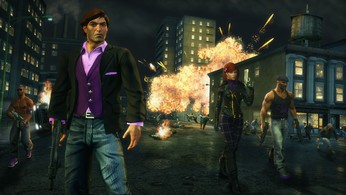 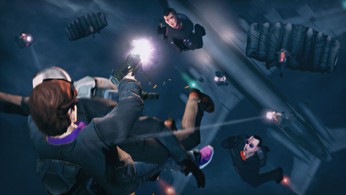 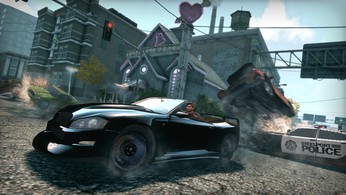 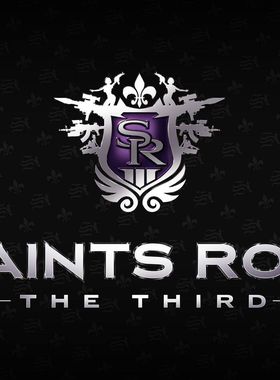 About Saints Row: The Third The Full Package

Stilwater is a rough place. The city is virtually ruled by gangs who fight bloody battles in the street canyons. And this is where it happens: The player's alter ego gets into a wild shootout between hostile gangs and only gets away with his life, and this only because Julius, the leader of the "Stilwater Saints" intervenes and makes him a member of the up-and-coming gang. In the next game, the player must now earn respect to prove himself to the group and rise in their ranks. "Saints Row tells the story of a violent gang in the streets of the fictional Stilwater city. As a new member of this group, it is initially of great interest to the player to prove himself to the Saints and to prove himself worthy of them. The primary missions of the game serve this purpose. On assignment, you travel through the city on foot or any vehicle and complete tasks on behalf of the Saints. Completed missions lead to the Saints taking over more and more areas of the city, bringing them closer to their ultimate goal, the takeover of the metropolis. "Saints Row" is very much reminiscent of the successful "Grand Theft Auto" series from Rockstar Games. Game principle and controls, as well as presentation, are very similar, but "Saints Row" still manages to develop its charm. Especially the respect aspect of the game distinguishes it from the excellent role model GTA. The missions are variedly designed. The numerous side missions and other activities, such as insurance fraud, provide variety; the adult player will not get bored so quickly. However, you shouldn't have a high moral sense when playing this title, too brutal and illegal are the tasks you have to fulfil here. Adult players with a sufficient knowledge of abstraction and distance from the game may have fun, but the title should never fall into the hands of children and young people.

Where can I buy a Saints Row: The Third The Full Package Key?

With GameGator, you are able to compare 16 deals across verified and trusted stores to find the cheapest Saints Row: The Third Key for a fair price. All stores currently listed have to undergo very specific testing to ensure that customer support, game deliveries, and the game keys themselves are of the highest quality. To sweeten the deal, we offer you specific discount codes, which you will not be able to find anywhere else. This allows us to beat all competitor prices and provide you with the cheapest, most trustworthy deals. If the current cheapest price of $3.73 for Saints Row: The Third is too high, create a price alert and we will alert you through email, SMS, or discord the moment the Saints Row: The Third price matches your budget.

Can I play Saints Row: The Third The Full Package immediately after the purchase?

What store should I choose for the best Saints Row: The Third The Full Package Deal?

There are many details that you might want to go through before settling on the deal of your choosing. If you are looking for a special Edition, such as Remastered Edition or The Full Package, you can select these in our menu. When it comes to the actual stores, we made sure that you will never get overcharged/neglected. As we care about your satisfaction, we like to ensure that all deals are legitimate, reliable, and foolproof. On top of that, we make sure all stores affiliated with us have proper refund processes and guarantees and are backed by a competent team to ensure that absolutely nothing will go wrong.