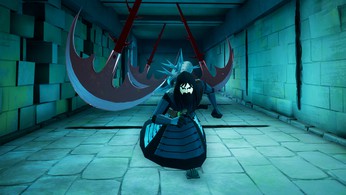 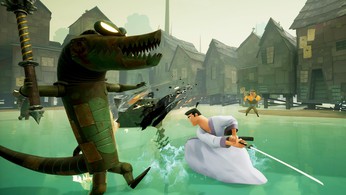 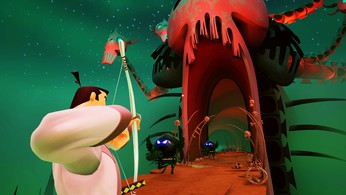 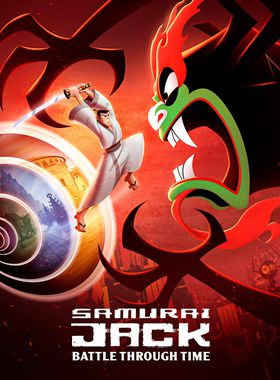 About Samurai Jack: Battle Through Time

Become Samurai Jack, the greatest warrior ever. Travel through time and put an end to Aku's diabolical reign in this all-new adventure from the creators of Samurai Jack. Experience classic worlds and moments from your favorite episodes. Travel to a dark future and save humanity. Face diabolical monsters in the past. Fulfill your destiny on your journey through space and time.

Samurai Jack: Battle Through Time is an action-packed jump 'n' run set in time and space where your actions create a new legend! Play a fantastic adventure that follows on from the epic finale of the series. Team up with your friends and fight known enemies. Create your own legend. Use more than a dozen different weapons in battle. Increase your power with more training and unlock new skills to suit your playing style.

The title has been developed by Japanese studio Soleil Games, which has already proven its expertise in the 3D action genre with titles like Travis Strikes Again: No More Heroes and Naruto to Boruto: Shinobi Striker. The game will also feature the well-known voices of the original dubbing actors in their respective roles.

Where can I buy a Samurai Jack: Battle Through Time Key?

Can I play Samurai Jack: Battle Through Time immediately after the purchase?

What store should I choose for the best Samurai Jack: Battle Through Time Deal?