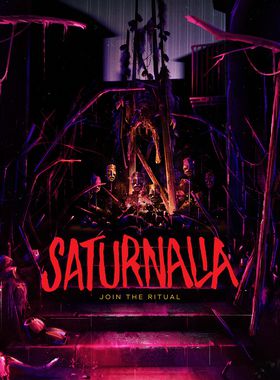 Sardinia, Italy: in an isolated village of ancient ritual, people disappear during the winter solstice. On the 21st of December 1989, a group of strangers team up to survive and unfold the secrets of the night of Saturnalia. Characters act as lives: play until they all die (roguelite). The village structure changes each game over. Manage your supply of matches to explore & solve puzzles. Non-linear progression, adaptive narrative. Untapped folklore, unheard-of visuals and sounds.

Where can I buy a Saturnalia Key?

With GameGator, you are able to compare deals across verified and trusted stores to find the cheapest Saturnalia Key for a fair price. All stores currently listed have to undergo very specific testing to ensure that customer support, game deliveries, and the game keys themselves are of the highest quality. To sweeten the deal, we offer you specific discount codes, which you will not be able to find anywhere else. This allows us to beat all competitor prices and provide you with the cheapest, most trustworthy deals. If the current cheapest price for Saturnalia is too high, create a price alert and we will alert you through email, SMS, or discord the moment the Saturnalia price matches your budget.

Can I play Saturnalia immediately after the purchase?

What store should I choose for the best Saturnalia Deal?