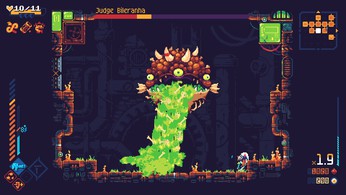 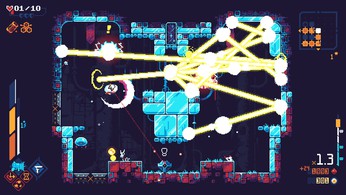 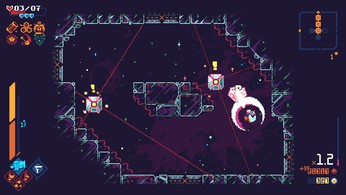 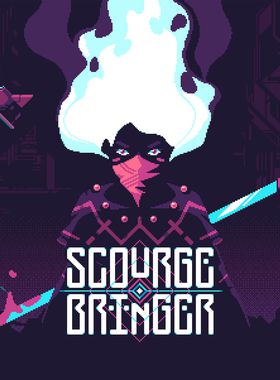 From the developers of NeuroVoider, ScourgeBringer is a fast-paced free-moving roguelite platformer. Set in a post-apocalyptic world where a mysterious entity wreaked havoc on all humanity, ScourgeBringer puts you in the shoes of the deadliest warrior of her clan: Kyhra. Help her to explore the unknown and slash her way through ancient machines guarding the seal of her past, and maybe the redemption of humanity. Dive into fast-paced rogue-platforming gameplay described by Eurogamer as "Dead Cells meets Celeste". Slash and shoot your way smoothly with super fluid platforming controlsSharpen your skills with a frantic combat system focused on attacks onlyDash forward to the otherworldly adaptive sounds of Joonas Turner (Nuclear Throne, Downwell, Broforce...)Defy hordes of unspeakable enemies and giant bosses holding the secrets of the ScourgeExplore the infinite depths of an ever-changing dungeonUncover mysteries and find mementos of previous explorers to unlock reality defining secrets.

Where can I buy a ScourgeBringer Key?

With GameGator, you are able to compare 20 deals across verified and trusted stores to find the cheapest ScourgeBringer Key for a fair price. All stores currently listed have to undergo very specific testing to ensure that customer support, game deliveries, and the game keys themselves are of the highest quality. To sweeten the deal, we offer you specific discount codes, which you will not be able to find anywhere else. This allows us to beat all competitor prices and provide you with the cheapest, most trustworthy deals. If the current cheapest price of $10.73 for ScourgeBringer is too high, create a price alert and we will alert you through email, SMS, or discord the moment the ScourgeBringer price matches your budget.

Can I play ScourgeBringer immediately after the purchase?

What store should I choose for the best ScourgeBringer Deal?