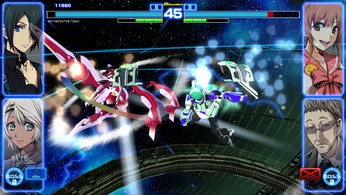 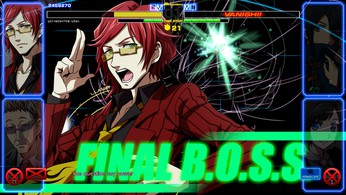 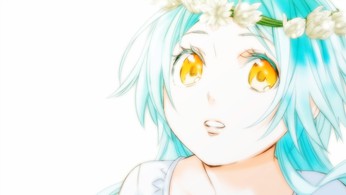 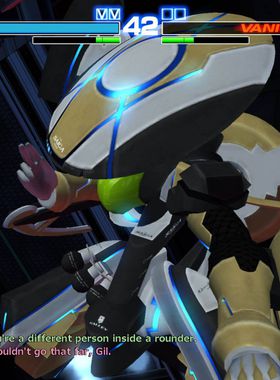 About Senko no Ronde 2

Originally released in Japanese arcades in 2005, the Senko no Ronde series provides an unique mix of both the shooting and fighting genres, mixing them into a one-on-one action game where two Rounder (mecha) pilots face off against one another in a veritable ballet of bullets and battling. Featuring an involved storyline, multiple characters and rounders, with local battles, online matching and more! And with Zuntata alumnus Yasuhisa Watanabe on board, you know the soundtrack is going to be a treat too.

Players take control of a Rounder and utilise long ranged attacks alongside melee assaults to defeat their opponent. Shields and the all-important dash can be used in defence, with barrage attacks and the almighty B.O.S.S. attack on hand to rain destruction down on the battle field.

In 1486 S.D., a future where mankind has fled to the stars following The Great Disaster, an incident which left Earth uninhabitable, new galaxy-spanning governments have replaced Earths old political regimes, but the old power struggles are still present. A terrorist attack involving a banned weapon, stolen from one of the ruling federations, shakes the balance of power and leaves openings for new factions to rise. But who was behind the attack, and do the newer factions hold noble intents...?

Learn the secrets of this new age through the Duo Story Mode, a refined retelling of Senko no Ronde DUOs story in full HD.

14x2 different Rounders, each with unique attacks and techniques!

- Online/Offline Battle: fight other players on and offline

- Score Attack: battle the CPU and aim for a high score

- DUO Story Mode: play through a rewritten and upgraded scenario from Senko no Ronde DUO

- Practice: hone your Rounder piloting hereGame experience may alter from user to user depending on their hardware configuration.

Where can I buy a Senko no Ronde 2 Key?

With GameGator, you are able to compare deals across verified and trusted stores to find the cheapest Senko no Ronde 2 Key for a fair price. All stores currently listed have to undergo very specific testing to ensure that customer support, game deliveries, and the game keys themselves are of the highest quality. To sweeten the deal, we offer you specific discount codes, which you will not be able to find anywhere else. This allows us to beat all competitor prices and provide you with the cheapest, most trustworthy deals. If the current cheapest price of $39.99 for Senko no Ronde 2 is too high, create a price alert and we will alert you through email, SMS, or discord the moment the Senko no Ronde 2 price matches your budget.

Can I play Senko no Ronde 2 immediately after the purchase?

What store should I choose for the best Senko no Ronde 2 Deal?