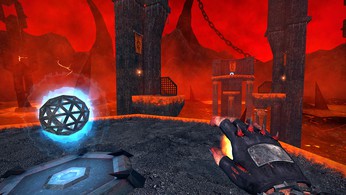 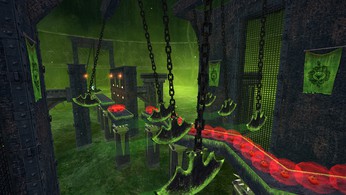 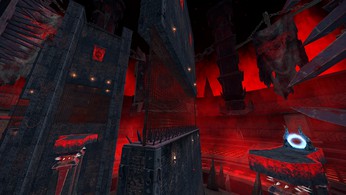 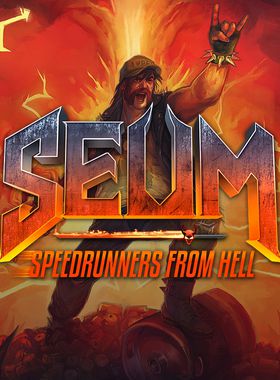 About SEUM: Speedrunners from Hell

SEUM: Speedrunners from Hell is the world's only competitive heavy metal first-person platformer.

Slice every last millisecond as you race and blast your way through deadly arenas. Teleport, jump, fly, bounce and drop in a hundred merciless and fast paced maps for the ultimate prize: Your soul!

Marty was having a late morning breakfast and minding his own business. The demon knocking on the door wasn't part of his morning routine. Before Marty was able to open, the hell breed smashed in the doors. A fierce brawl commenced and Marty lost his right arm – but at least the demon also lost his head. Unfortunately, whilst the brawl erupted more demons entered his garage and stole his last batch of limited edition Walrus Ale (tm). Now Marty has become furious! He ripped off the demon's arm and did some DIY to re-attach his arm back to himself. This demon is no looker but gee it casts some nasty fireballs. Marty's (after)life now has a single purpose: Go to hell and get his beer back!

Where can I buy a SEUM: Speedrunners from Hell Key?

With GameGator, you are able to compare 10 deals across verified and trusted stores to find the cheapest SEUM: Speedrunners from Hell Key for a fair price. All stores currently listed have to undergo very specific testing to ensure that customer support, game deliveries, and the game keys themselves are of the highest quality. To sweeten the deal, we offer you specific discount codes, which you will not be able to find anywhere else. This allows us to beat all competitor prices and provide you with the cheapest, most trustworthy deals. If the current cheapest price of $0.85 for SEUM: Speedrunners from Hell is too high, create a price alert and we will alert you through email, SMS, or discord the moment the SEUM: Speedrunners from Hell price matches your budget.

Can I play SEUM: Speedrunners from Hell immediately after the purchase?

What store should I choose for the best SEUM: Speedrunners from Hell Deal?