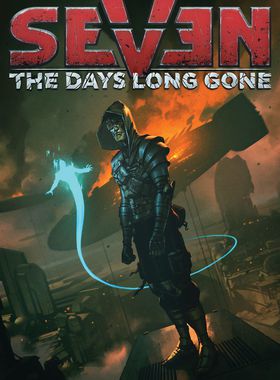 About Seven: The Days Long Gone

Seven: The Days Long Gone is a 3D isometric RPG in which players can freely explore the sandbox world of the Vetrall Empire.

Set in a beyond post-apocalyptic environment, the title will redefine how the isometric RPG genre is played. The climbing system implemented allows you to free-traverse obstacles of any height, both horizontally and vertically. On the prison island of Peh, you will experience rich stories of conspiracy, discovery and betrayal, set within an unforgiving world filled with mysterious technology and dark age superstition. As a master thief possessed by an ancient daemon, you are deported to Peh on a mission that could decide the fate of all humanity.

Where can I buy a Seven: The Days Long Gone Key?

With GameGator, you are able to compare 16 deals across verified and trusted stores to find the cheapest Seven: The Days Long Gone Key for a fair price. All stores currently listed have to undergo very specific testing to ensure that customer support, game deliveries, and the game keys themselves are of the highest quality. To sweeten the deal, we offer you specific discount codes, which you will not be able to find anywhere else. This allows us to beat all competitor prices and provide you with the cheapest, most trustworthy deals. If the current cheapest price of $1.32 for Seven: The Days Long Gone is too high, create a price alert and we will alert you through email, SMS, or discord the moment the Seven: The Days Long Gone price matches your budget.

Can I play Seven: The Days Long Gone immediately after the purchase?

What store should I choose for the best Seven: The Days Long Gone Deal?