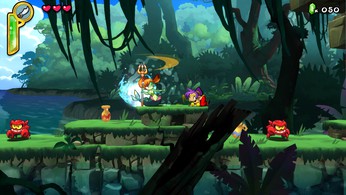 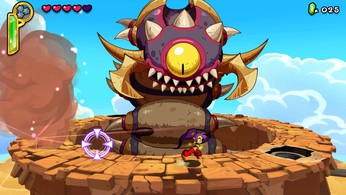 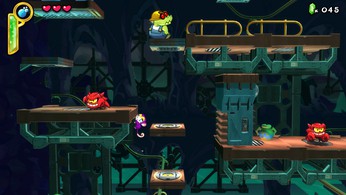 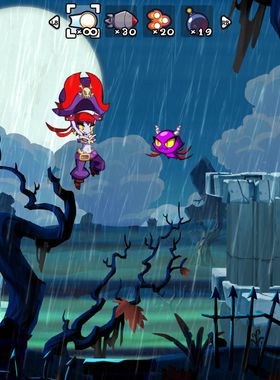 Shantae embarks on her first full HD adventure! When a mysterious crime wave sweeps Sequin Land, it's up to Half-Genie Hero Shantae to save the day! Use Shantae's devastating Hair-Whip Attack to send monsters flying, or Belly Dance to transform into a more powerful creature form! Topple the masterminds behind each criminal caper and prepare for the ultimate showdown against Shantae's arch nemesis - the bodacious buccaneer Risky Boots!

• Shantae's trademark moves return! Dance to transform into all-new and classic creatures, or summon magical attacks! Over a dozen dances to discover in all!

• New Relic System allows players to unlock new powers and customize moves for Shantae and her many forms!

• Conquer arcade-style action stages that unfold into a full world to explore. Fast action and quest-style exploration rolled into one!

This all-inclusive version comes with all of the previously released DLC, Modes, and Costumes!

Where can I buy a Shantae: Half-Genie Hero Ultimate Edition Key?

With GameGator, you are able to compare 12 deals across verified and trusted stores to find the cheapest Shantae: Half-Genie Hero Key for a fair price. All stores currently listed have to undergo very specific testing to ensure that customer support, game deliveries, and the game keys themselves are of the highest quality. To sweeten the deal, we offer you specific discount codes, which you will not be able to find anywhere else. This allows us to beat all competitor prices and provide you with the cheapest, most trustworthy deals. If the current cheapest price of $3.54 for Shantae: Half-Genie Hero is too high, create a price alert and we will alert you through email, SMS, or discord the moment the Shantae: Half-Genie Hero price matches your budget.

Can I play Shantae: Half-Genie Hero Ultimate Edition immediately after the purchase?

What store should I choose for the best Shantae: Half-Genie Hero Ultimate Edition Deal?