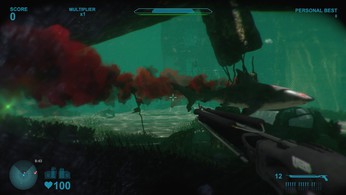 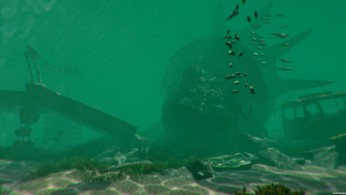 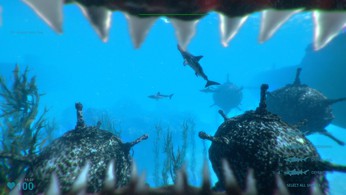 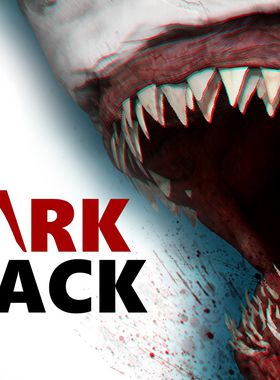 Shark Attack Deathmatch 2 captures the thrill of underwater multi-player mayhem like no other game. The combat is savage, gritty and Brutal. Players hunt each other down in various game modes with the constant threat of terrifying sharks joining in on the bloodshed. Tear divers apart as you take on the the role as the ocean's top apex predator, The Great White.

Brutal Multiplayer CombatMulti-player combat in Shark Attack Deathmatch 2 is intense. Up to 8 Online Players battle it out against each other with the added threat of terrifying sharks joining in on the mayhem. Play as the Great White Shark Players get a chance to take on the role of the oceans top apex predator, the Great White. Tear divers limb from limb from in this visceral experience as the hunter becomes the hunted.

Shark Attack Deathmatch 2 features the most intense CO-OP underwater action you will ever experience. It's just you and a friend against a terrifying onslaught of sharks! Will you survive? Survival is a single player experience where players take on a constant onslaught of some of the most terrifying beasts in the ocean. Every encounter you survive could have you climbing the global leaderboard for prestige and world domination.

Where can I buy a Shark Attack Deathmatch 2 Key?

With GameGator, you are able to compare 9 deals across verified and trusted stores to find the cheapest Shark Attack Deathmatch 2 Key for a fair price. All stores currently listed have to undergo very specific testing to ensure that customer support, game deliveries, and the game keys themselves are of the highest quality. To sweeten the deal, we offer you specific discount codes, which you will not be able to find anywhere else. This allows us to beat all competitor prices and provide you with the cheapest, most trustworthy deals. If the current cheapest price of $0.45 for Shark Attack Deathmatch 2 is too high, create a price alert and we will alert you through email, SMS, or discord the moment the Shark Attack Deathmatch 2 price matches your budget.

Can I play Shark Attack Deathmatch 2 immediately after the purchase?

What store should I choose for the best Shark Attack Deathmatch 2 Deal?